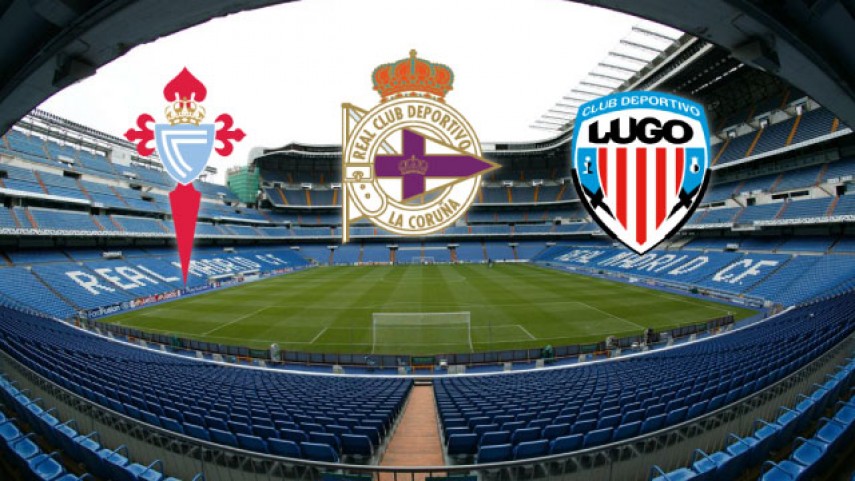 Galician football confirms its participation in 'Champions for Life'

Players from Celta, Deportivo and Lugo will take part in the charity event that is to take place in the Estadio Santiago Bernabéu on the 30th of December.

Galician professional football has confirmed its participation in 'Champions for Life'. RC Celta de Vigo, with Hugo Mallo and Alex López, RC Deportivo de La Coruña, with Manuel Pablo, and CD Lugo, with left-back Manuel Rodríguez Morgade 'Manu', are supporting the 30th of December charity match, where they will represent the West team.

Coruña player Manuel Pablo, who has had a long and successful career, made his debut with his current team in the Liga BBVA in 1998. The defender has won the Liga, Copa dl Rey, Supercup of Spain and the UEFA Intertoto Cup titles with the team from A Coruña. But his sporting achievements go beyond just these titles and the fact that he has played in the UEFA Champions League. The right-back has also played for the Spanish national side 13 times. The player from the Canary Islands, who is well-loved and respected both on and off the field, perfectly reflects the values that inspired the match which is to take place on the 30th of December: solidarity, camaraderie and unreserved dedication.

The participation of Celta, Galician football's sole representative in the Liga BBVA, will come through right-back Hugo Mallo and Álex López. Mallo, an Under-20 international, played for Spain in the category's World Cup in Colombia in 2011, where he put in some outstanding performances. As well as the full back, the club from Vigo will be represented by midfielder Álex López, a player who has been playing in the top flight for two seasons.

On behalf of surprise package Lugo, who are in the top half of the Liga Adelante table, will be one of their best-known players, Manu, who has been a stalwart for the team in recent seasons and a symbol of the hard work put in by Lugo in order to reach their highest position in history.