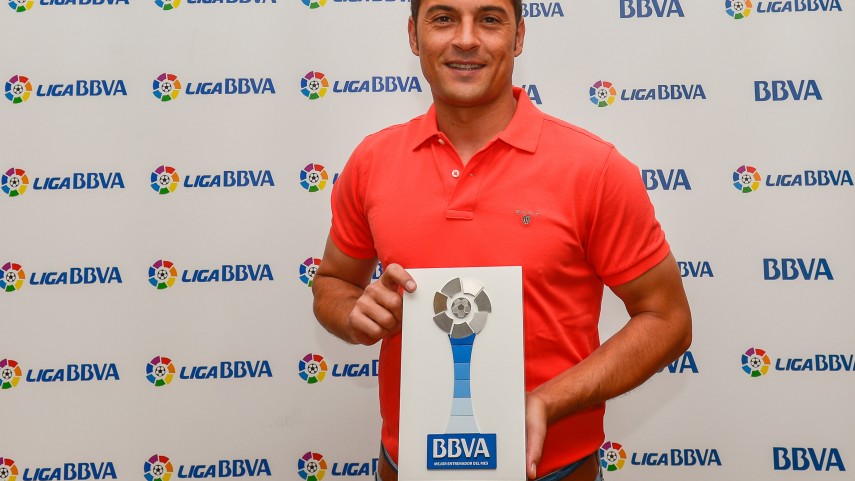 Francisco, best manager in the Liga BBVA in May

The Almería boss has been awarded the prize after steering the Andalusian club to Liga survival.

Francisco Javier Rodríguez Vílchez (b. Almería, 17 June 1978) has received the prize for Best Liga BBVA Manager in May. The UD Almería boss is one of the main reasons why the Andalusian side has been able to stay up in the best league in the world for another season.

“It’s a prize that I’m collecting, but which belongs to the whole team. It’s a source of great pride because this second BBVA Prize has been awarded to us for avoiding relegation”, said the Almería manager.

In 2011 Francisco became the manager of Almería’s reserve team and last season they came very close to reaching the play-offs to qualify for the Liga Adelante. His good work was rewarded by his lifelong club. On 29 June 2013 he was appointed as manager of the first team and became the youngest manager of the 2013/14 season.

With ambition and youth on his side, through strength of character he has guided his team to survival. Francisco is a local hero and a manager with a great future in the Liga BBVA. Almería is celebrating and he is a deserving winner of the BBVA Best Manager Prize for May.