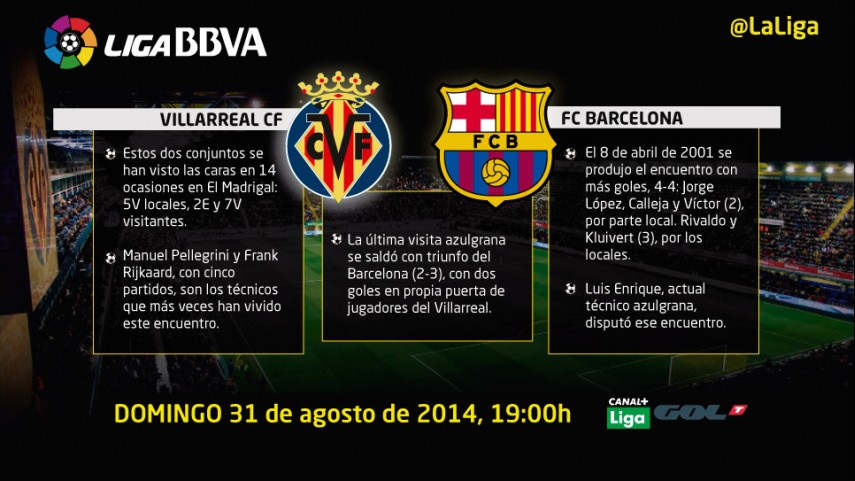 Football on offer at El Madrigal

Villarreal will welcome Barcelona, who will be without Andrés Iniesta through injury, on matchday two of the Liga BBVA after securing their place in the Europa League.

El Madrigal will witness an important clash when Villarreal CF welcome Luis Enrique's FC Barcelona. The two sides won their first games of the 14/15 season and will look to continue their good runs in the domestic competition. The Azulgranas have not lost against the Yellows in the Liga BBVA since 21 December 2008.

Team news
Andrés Iniesta is the main absentee from the matchday squad selected by Barcelona manager Luis Enrique. The midfielder from La Mancha will not travel due to a problem with his left knee, while Neymar has rejoined the Azulgrana squad.

Views from the dugout
The visiting manager said that to beat Villarreal "the team will have to be at its best", while underlining that the Yellows are a "powerful" opponent in the competition. The match will see Giovani and Jonathon Dos Santos reunited with what was their former club of several years and both footballers appeared ambitious: "We're a difficult team to play and we'll go out all guns blazing from the start".