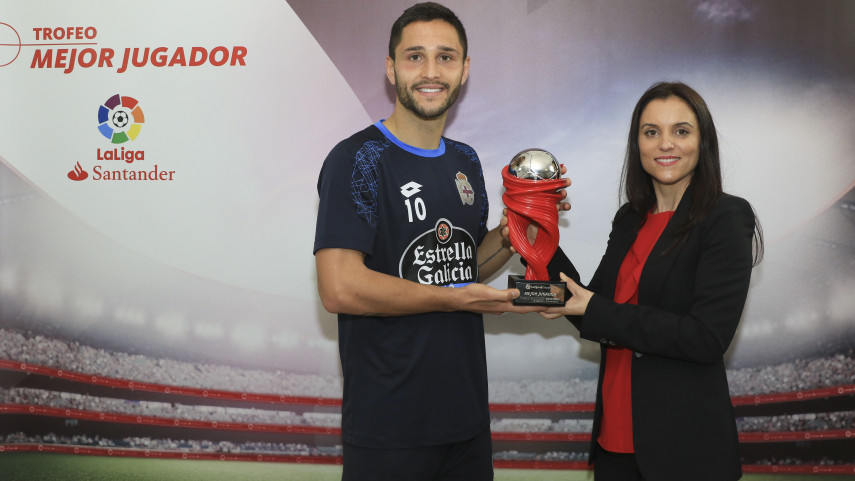 The Deportivo forward collects this accolade after having hit three goals during the course of the month.

RC Deportivo striker Florin Andone has been named the LaLiga Santander Player of the Month for December on the back of a series of dazzling displays for the Galician outfit during the final month of the year, in which he claimed three goals and two assists.

Andone has now well and truly found his feet in the top flight and his performances throughout the month saw him stake his claim as the main man in Depor'sattacking ranks. The Romanian struck a brace as his side cruised to victory over Real Sociedad, whilst he also impressed in the trip to the Santiago Bernabeu, where he provided the assist for Joselu to net the visitors' second.

This accolade - which is awarded by Santander, the competition's main sponsor, and voted for by the LaLiga.es writers - was presented by Mrs. Carlota Domínguez Álvarez.