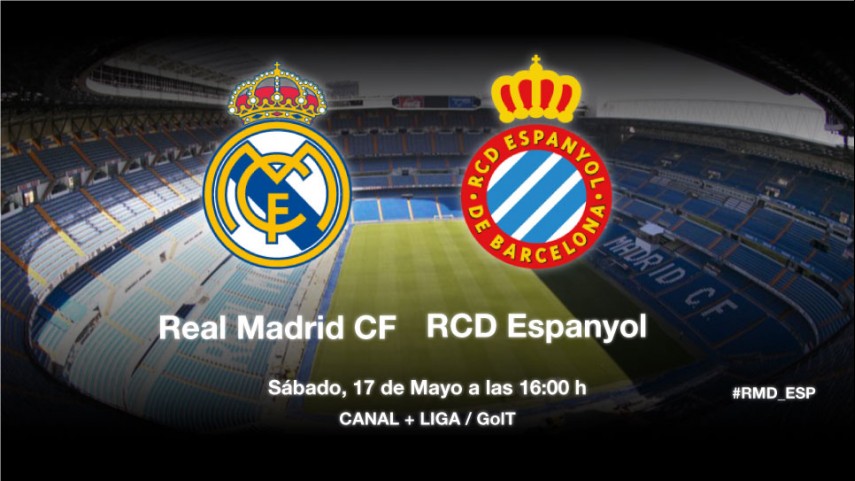 Final test before the Champions League

Real Madrid welcome Espanyol for the final game of the Liga BBVA with their sights set on the final in Lisbon.

Real Madrid CF and RCD Espanyol will bring their 2013/14 Liga BBVA campaigns to a close at the Santiago Bernabéu Stadium on matchday 38 of the competition.

The home side, who are no longer in contention for the Liga BBVA title, still have a crucial match to round off a thrilling season: the UEFA Champions League final. Cristiano Ronaldo, back to full fitness, could play in this match, while Diego López and Pepe are unavailable. "It's a normal week, we have to stay calm, it has been a very good week of training with all the players", said Carlo Ancelotti.

Meanwhile, the team from Barcelona, who will play their final game under manager Javier Aguirre, go into the match knowing that they have secured survival and will look to end the season on a good note. "After everything that has happened in recent weeks, if the team plays well at the Bernabéu we can be happy with ourselves", said the Mexican manager.