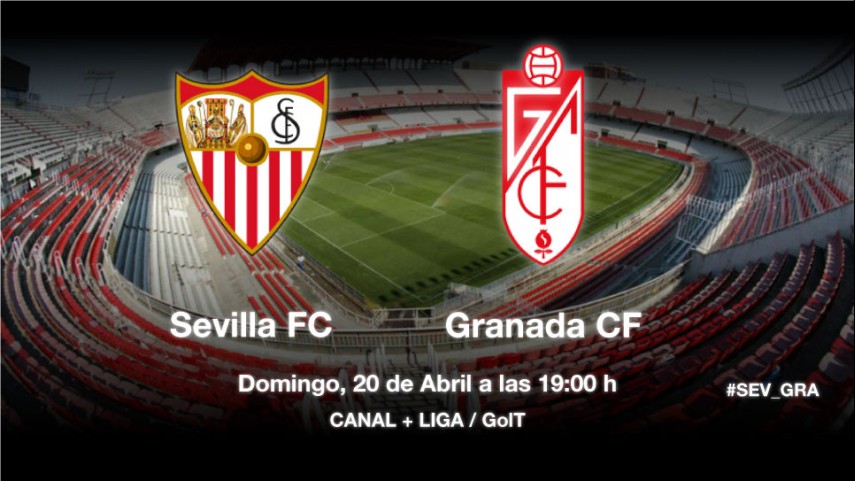 Excitement in the Andalusian clash

Sevilla will fight for victory to move closer to fourth place, while Granada, going into the game with confidence after beating Barcelona, will want to ensure their survival as soon as possible.

Sevilla FC host Granada CF on matchday 34 of the Liga BBVA, in what will be an  enthralling Andalusian clash between two teams with different objectives. The home side will fight for victory to keep their sights on fourth place in the table, while the nazaríes will look to ensure their survival as soon as possible.

The rojiblancos go into the game in high spirits after their 0-1 defeat of FC Barcelona last week, so the manager Unai Emery is aware of the danger posed by his opponents. "They're a good team, well trained and with a desire to beat us, with players who when at their best make Granada a very good side", said the Basque manager, who will be without the injured Alberto Moreno and suspended José Antonio Reyes. They are replaced in the matchday squad by right-back Cicinho and the German Marko Marin.

Lucas Alcaraz, meanwhile, showed confidence that his team can come away with points from the Ramón Sanchéz-Pizjuán. "Sevilla are better than they were in the first half of the season, but we have to focus on ourselves and our possibilities. We have to make it difficult for them", said Alcaraz. Roberto Fernández joins the injury list alongside Jeison Murillo and Riki, who will not be travelling to Seville.