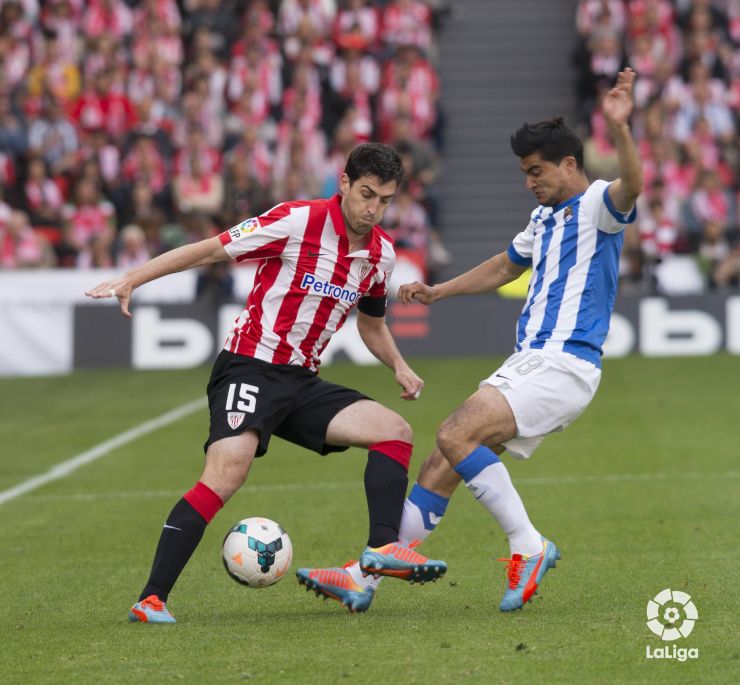 Excitement and parity in the Basque derby

Athletic and Real Sociedad drew 1-1 in an attractive encounter with goals from Muniain and Agirretxe.

Athletic Club and Real Sociedad de Fútbol drew 1-1 in the derby on matchday 37 of the Liga BBVA.

The San Mamés crowd got right behind their team after they confirmed their fourth place and their ticket to the UEFA Champions League qualifying round, so there was a spectacular atmosphere at the match. However, the best chances in the first half fell to the visiting side, with a potent strike from Carlos Vela just missing and a powerful header from Xabi Prieto that Gorka Iraizoz did well to save. The 'Lions' also had a great chance to take the lead in the dying moments of the first half, but the shot from Gaizka Toquero inside the box went wide.

Athletic continued to press in the second half and they soon found their reward. On the 50th minute, Muniain made it 1-0 with a superb shot from outside the area that Claudio Bravo could do nothing about. However, Real remained undaunted and they managed to come away with a draw thanks to a strike from Agirretxe in the 75th minute.