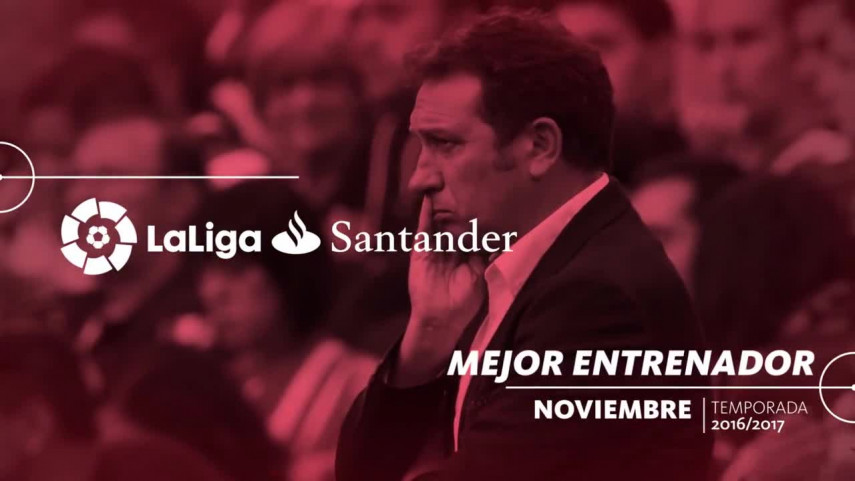 The Real Sociedad coach picks up the award on the back of his side's fine string of results throughout the month.

Eusebio Sacristan has been named the LaLiga Santander Manger of the Month for November, thanks to Real Sociedad's impressive run which saw the Basque side shoot up the table into the European qualifying places. 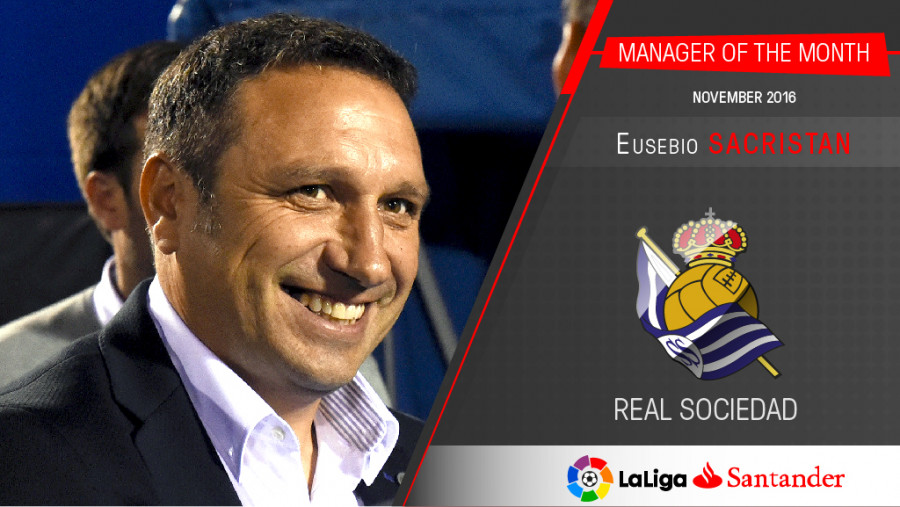 The accolade, which is awarded by Santander, the competition's main sponsor, and voted for by the LaLiga.es writers, was presented to him by Doña Leire Solasgaistua López, Directora Territorial del Banco Santander en Vicaya.

La Real enjoyed a fine set of results in November, including convincing wins over Atletico Madrid and R. Sporting as well as a respectable draw against FC Barcelona at Anoeta in which Eusebio's troops produced a fantastic display. The Basque outfit racked up seven points from a possible nine throughout the month, scoring six times and only conceding twice in the process.