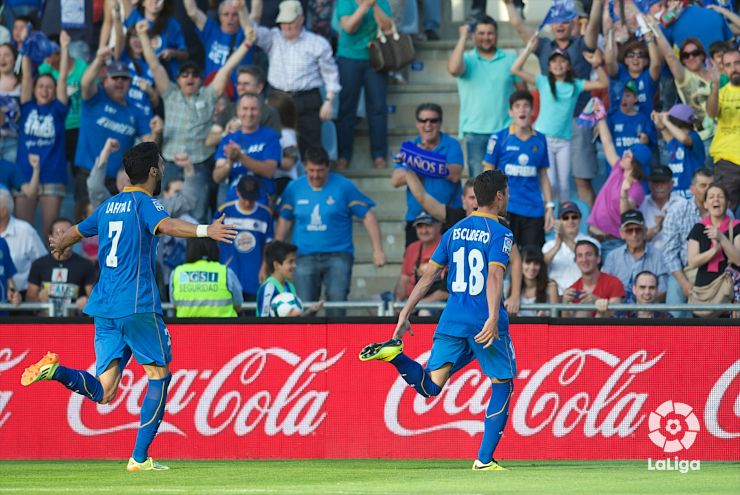 The goal from the Valladolid man earned Contra’s side three vital points that lift them out of the relegation zone with one matchday remaining in the championship.

A solitary goal from Sergio Escudero earned Getafe CF a 1-0 win over Sevilla FC on the penultimate matchday of the Liga BBVA and three vital points that lift the Madrid side out of the relegation zone. Sevilla, meanwhile, will have to confirm their fifth place on the final matchday.

The atmosphere was electric at the Coliseum Alfonso Pérez and the home side had all the possession, threatening Javi Varas’ goal in the early stages. In the 12th minute Juan Valera came close to heading the ball into the back of the net from an excellent Jaime Gavilán free-kick, while Sevilla looked for their chance on the counter-attack. Getafe continued to set the pace of the game and though they penetrated the Sevilla box on a few occasions the match went into the break with the scoreboard showing 0-0.

In the second half, Cosmin Contra’s side went out onto the field with the same attitude and in the 51st minute they came close to scoring when Ángel Lafita almost got on the end of a Pablo Sarabia cross. With Sevilla falling back, Getafe pressed hard for the goal that would earn them a vital three points in their bid to stay in the Liga BBVA for another year and finally Escudero managed it in the 70th minute with an excellent strike from in front of the box that ended up in the back of Varas’ net.