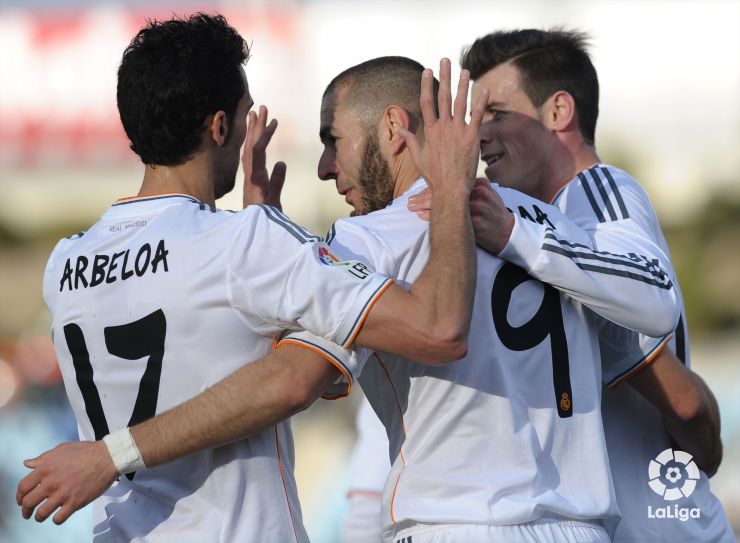 Equality rules in the Liga BBVA

Real Madrid's win over Getafe leaves the top of the table unchanged on a weekend on which the San Mamés suffered its first defeat of the season.

Real Madrid CF's win in the Coliseum Alfonso Pérez against Getafe CF leaves the top of the table as it was last week. The Whites won 0-3 with goals from Jesé Rodríguez, Karim Benzema and Luka Modrić in match in which the dominance of Carlo Ancelotti's men was clear throughout. The results mean that, after matchday 24 of the Liga BBVA, FC Barcelona lead on goal difference, while Real Madrid and Club Atlético de Madrid lie in second and third respectively.

Athletic Club, who suffered its first defeat of the season in the new San Mamés stadium, remain in fourth place, which promises UEFA Champions League football next season. It was RCD Espanyol who ended the rojiblancos' unbeaten run of thirteen home matches with goals from Sergio García and Diego Colotto.

Sunday's play was opened by Granada CF who beat Real Betis Balompié by the narrowest of margins. After three consecutive defeats, Piti's goal provided the Andalusian outfit with the peace of mind that comes with the middle of the table. Betis, however, cannot breathe so easily. The team from Seville are still propping up the table with just 14 points. Gabriel Calderón's team, despite having chances to equalise, failed to find the net and left the Estadio de Los Cármenes empty-handed.

The weekend's tightest game ended in a draw. Sevilla FC came up against a heroic Diego Alves, Valencia CF's goalkeeper, time and time again. The Brazilian stopped an Ivan Rakitić penalty and prevented Sevilla from netting on several other occasions. The result means that both teams have 32 points to stay level with RCD Espanyol and Levante UD in the fight for Europe.