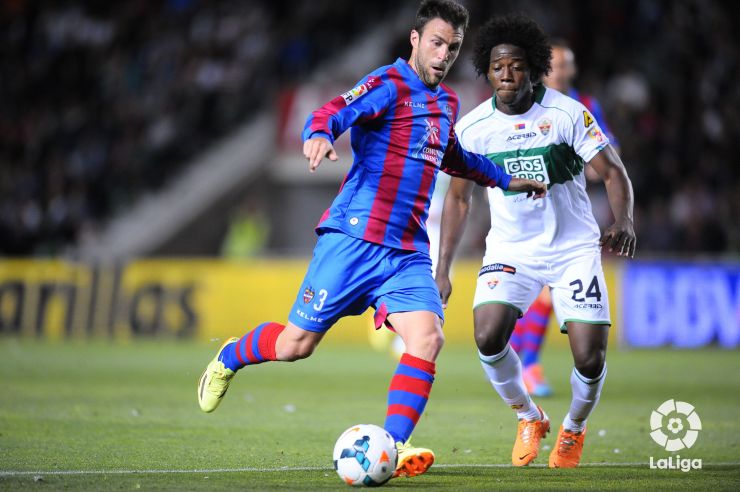 Elche not able to relax yet

It ended all square in the Martínez Valero after a match in which despite taking the lead, and earning a point, the home side failed to completely climb out of danger’s way.

Elche and Levante kicked off matchday 35 of the Liga BBVA season with the match starting on an emotional note due to the passing of Tito Vilanova earlier in the afternoon. The draw leaves Fran Escribá’s men in a complicated situation ahead of the last few games of the season, while the Valencian outfit can now breathe easy.

There was a clear man of the match winner: the visiting goalkeeper. Keylor Navas once again proved crucial for Levante, who during the first half barely created any chances on goal and allowed an Elche side in desperate need of points before the end of the season to control the encounter. The Costa Rican’s reflexes were first put to the test by Richmond Boakye in the second minute of the game, and then shortly after by a Damián free kick.

The home team’s dominance continued into the second half, as they busily looked for a way to break Levante down. The fruit of their labour came in the 63rd minute when Garry Rodrigues found Boakye before the Ghanaian striker turned and blasted a shot goalwards, which Navas was powerless to stop from going in. However, Elche’s celebrations were cut short with Ángel popping up to level matters. The last few minutes of the match turned into an assault of Manu Herrera’s goalmouth, but the home side’s keeper – much like Keylor Navas did before the break – keeping his team alive.