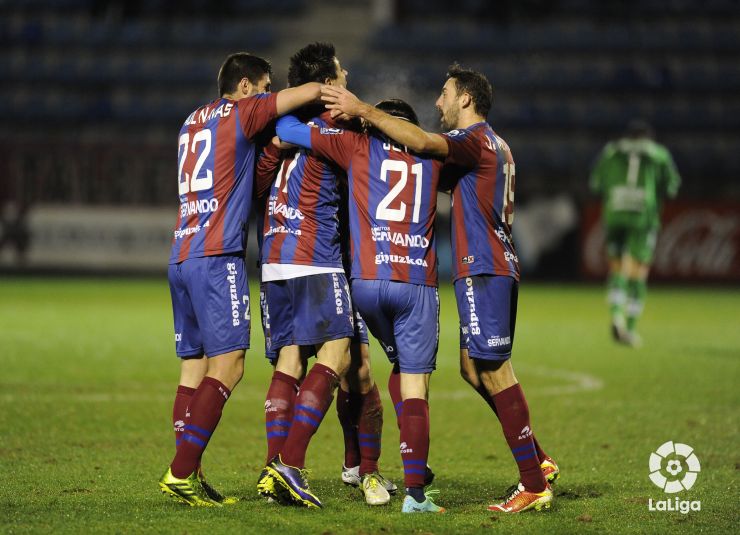 The Basque side picks up three valuable points against Córdoba as neither Deportivo or Sporting manage to win.

The Liga Adelante table looks a lot different after matchday 25. Eibar sits on top of the table, the first time the club has been league leader of the division during the second half of a season, while Deportivo Alavés and Mirandés have both climbed out of the drop zone.

Eibar beat Córdoba 2-0 away from home courtesy of goals from Jota Peleteiro and José Morales. The Basques, who are now level with Deportivo de La Coruña on 42 points, made the most of the Galician side and Sporting Gijón's hiccups on the weekend to claim the top spot.

A Albert Dorca goal in the New Condomina Stadium for Real Murcia cost Fernando Vázquez’s men first place in table. Sporting were also left frustrated, and could only manage a point against Ponferradina. Acorán Barrera put the away side ahead but the Asturian team’s persistence eventually paid off when Stefan Šćepović got the equaliser in the 85th minute.

Lugo has also now made its presence felt on the race for promotion, with the Galicians now lay fifth in the league after beating direct rivals Real Zaragoza 1-0, with the Aragon outfit now just one point behind them.

The competition at the bottom of the league is equally as contested. Deportivo Alavés were at their best as they overcame Sabadell 4-0 away from home to climb out of the relegation places. Mirandés also got a vital victory against Real Madrid Castilla to keep their hopes of salvation alive.