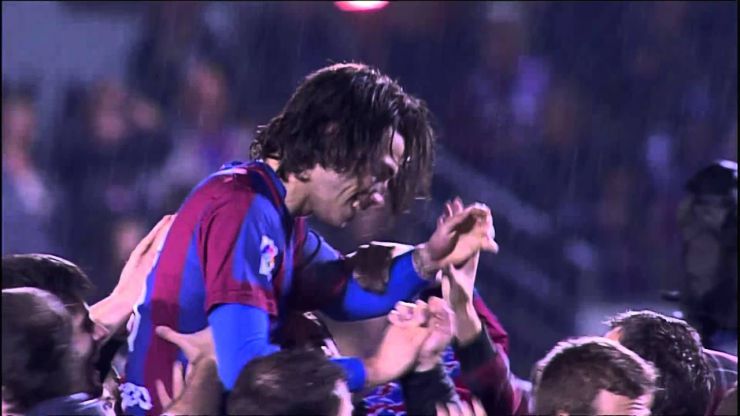 The Armeros are promoted to the top tier of Spanish football for the first time in their history under their manager Gaizka Garitano.

SD Eibar are going up to the Liga BBVA. The Armeros wrote the most brilliant page in their history and secured promotion on Saturday to the top tier of Spanish football for the first time.

With two matchdays still to go, Gaizka Garitano's men completed the feat when they overcame Deportivo Alavés 1-0 in an attractive Basque derby, and thanks to UD Las Palmas' 2-3 defeat to RC Recreativo de Huelva. They also went top of the league with 67 points after RC Deportivo de La Coruña lost 2-1 in Soria. The Basque team has therefore fulfilled a dream that not even the most optimistic supporters would have predicted at the beginning of the season.

The club with the largest number of consecutive years in the Liga Adelante (18) rounds off a glorious year and next season they will celebrate their 75th anniversary in the top tier. Humility, sacrifice and hard work have been the core values of an Eibar that, managed by local man Garitano (a former Eibar player for five campaigns), have reached for glory and won the right to battle it out among the greats in the 2014/15 season.

Quite an outcome for a thrilling Liga Adelante, in which Eibar made the most of their first mathematical chance to gain promotion to the Liga BBVA. With great football, playing as a true team, and with one of the best midfielders in the league in their ranks in Jota Peleteiro (the goalscorer against Alavés), Eibar have managed to pull off a campaign that all their supporters will remember for a very long time.

With this achievement they completed their second promotion in a row after doing the same last season, on that occasion from the Segunda División B to the Liga Adelante. It has been a transitional year in which they have adapted very well to this league to end with the biggest achievement in the history of this humble club.