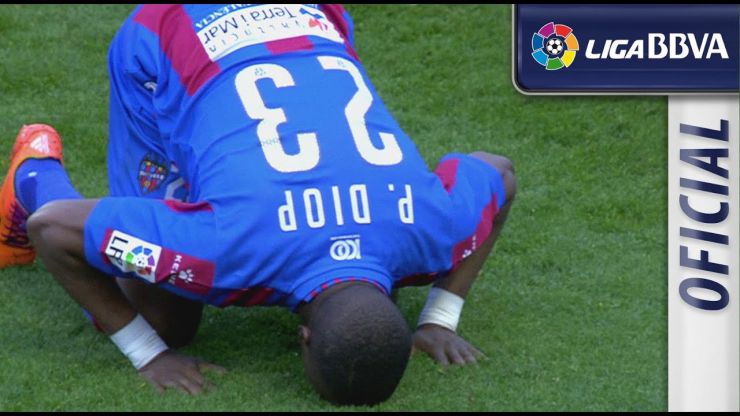 The Senegalese player's early goal gave the granotas the belief they needed to see off Osasuna before the break.

Levante UD won 2-0 in the Ciutat de València stadium against CA Osasuna in the Liga BBVA matchday 26 game, in which the goalkeepers were the standout players, delighting the crowd with countless saves.

Forty minutes was all it took Joaquín Caparrós' men to put the match to bed. Pape Diop's cunning helped Levante open the scoring in the 4th minute and gave them confidence for the rest of the tie. Although Osasuna kept up the tempo and tried to draw level before the break, the granotas scored the final goal when the clock read 42, thanks to a team move that Rubén finished off.

It the second half, the keepers came into their own. Keylor Navas made a handful of saves that were well-deserving of the Levante fans' applause. But Andrés was not to be outdone. Osasuna's shot-stopper saved his team from a heavier defeat. The result means that Levante's dream of Europe is still alive, while it has not greatly affected the visitors' plans as they remain in the middle of the table.