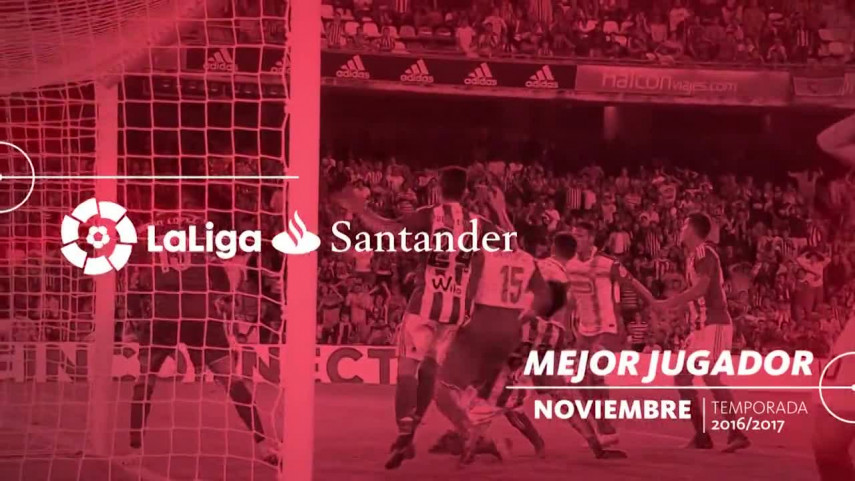 The Espanyol custodian receives this accolade after having kept clean sheets in each of his side's LaLiga Santander outings during the past month.

RCD Espanyol goalkeeper Diego Lopez has been named the LaLiga Santander Player of the Month for November in recognition of his exploits between the sticks over the course of the last month. 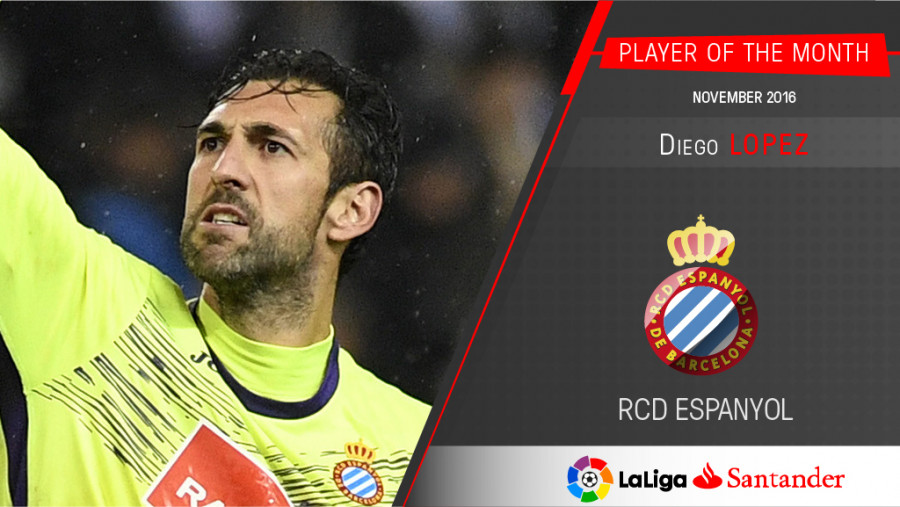 The Galician shotstopper has played an instrumental role in the Pericos' fine recent run of form and went the whole month of November without conceding, pulling off some sensational saves to help his side secure seven out of the nine points up for grabs last month. In total, it has now been five games since Lopez last picked the ball out of his net.

This accolade – which is awarded by Santander, the competition's main sponsor, and voted for by the LaLiga.es writers – was presented by José María Pino Claros, Director Territorial del Banco Santander en Barcelona.