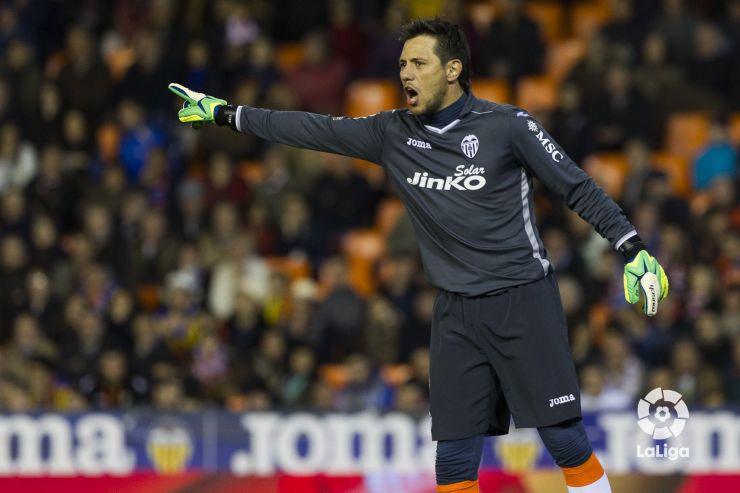 Diego Alves to stay at Valencia until 2019

The Brazilian keeper and the Ché have reached an agreement for a four-year extension of his contract, which was due to expire in 2015.

The 'new' Valencia CF has made sure that one of its bastions will be staying at the club. The Ché has announced on its official website that Brazilian keeper Diego Alves has renewed his contract until 2019.

Alves, a regular between the sticks in the Estadio de Mestalla since his arrival from UD Almería, was to be out of contract on 30 June 2015, but he will now be a Valencia shot-stopper for four more seasons The Brazilian keeper has been at the club for the last three seasons, time during which he has played more than 60 matches for the team.