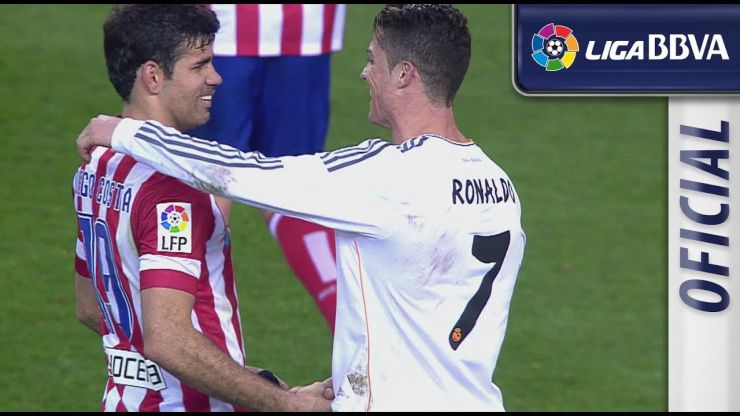 Atlético and Real Madrid shared the spoils at the Vicente Calderón after an electrifying game in which the rojiblancos came back from behind.

The derby between Club Atlético de Madrid and Real Madrid CF promised excitement and did not disappoint. The two teams were so evenly matched that they drew 2-2 in an intense and electrifying clash that ended with shared points at the Vicente Calderón on the 26th matchday of the Liga BBVA.

The early goal from Karim Benzema in the 3rd minute was of little use. When Madrid took their foot off the gas the rojiblancos took advantage to score two goals worthy of the top spot in the Liga BBVA before the break. Koke was on hand to score the equaliser from an Arda Turán pass. The second came from a long shot hit by Gabi that made the Calderón go wild.

The second half started as the first had ended: with Diego Simeone’s side on a high and the madridistas desperate to level the score. But with Marcelo and Dani Carvajal on the field, Madrid were superior on ideas and depth and kept Atlético pinned down in their area. With eight minutes to go Cristiano Ronaldo levelled the match to retain the top spot in the table for Real Madrid.