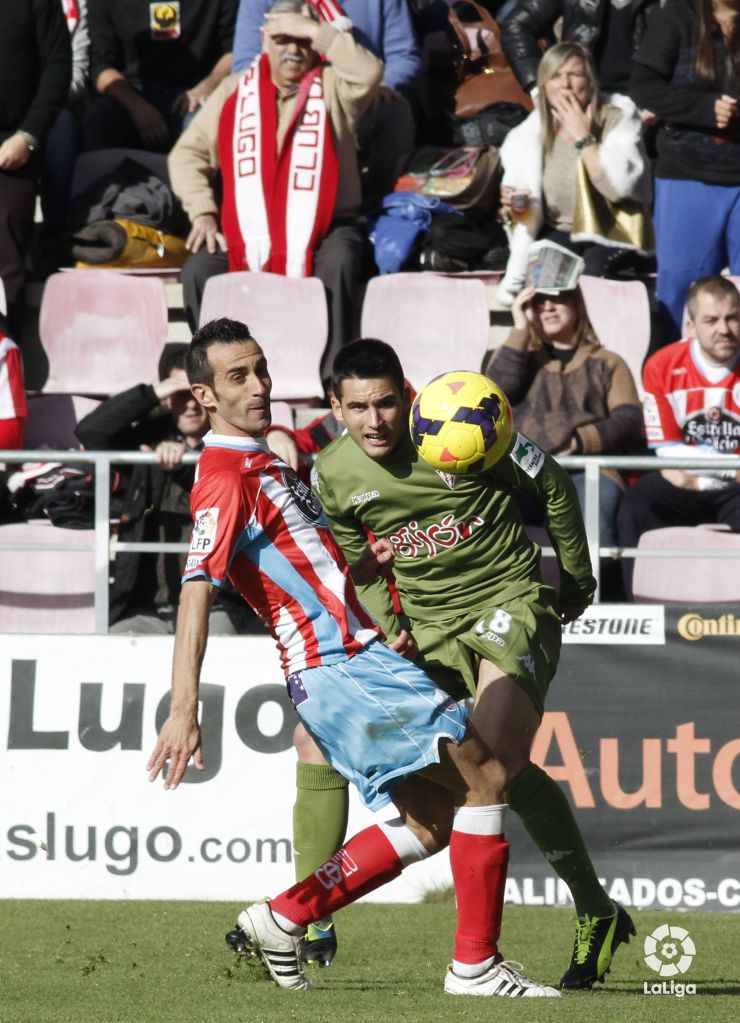 Recreativo's loss helped Eibar and Las Palmas; at the bottom of the table, Tenerife carry in with their terrific run and Sabadell slip into the relegation places.

The 15th round of Liga Adelante brought about a new league leader. RC Recreativo de Huelva, who had been at the top since round six, have only taken one point from the last possible 12 and on Sunday were defeated 1-2 by SD Eibar in a game which they'd taken the lead. The Basque side carry on in the playoff positions.

The main beneficiaries of Recreativo’s loss were RC Deportivo La Coruña. Their win away to SD Ponferrafina, largely thanks to an heroic performance from goalkeeper Germán Lux, saw them overtake the Andalusian side, who they now hold a two point advantage over at the top.

The game of the round was between CD Lugo and Real Sporting de Gijón. The Asturian side cancelled out Fernando Seoane’s screamer with two goals in five minutes from Luis Hernández and Dejan Lekić. The Galician outfit slip to fifth, whilst Sporting return to the playoff spots.

At the bottom of the table, CD Tenerife carried on their excellent run of form by making it six games without defeat. The Canary Island outfit downed Real Jaén CF to move further away from the relegation zone. CE Sabadell FC were downed by Hércules CF, making it one game more in the relegation places, from which FC Barcelona B managed to escape, despite the fact they lost to UD Las Palmas.