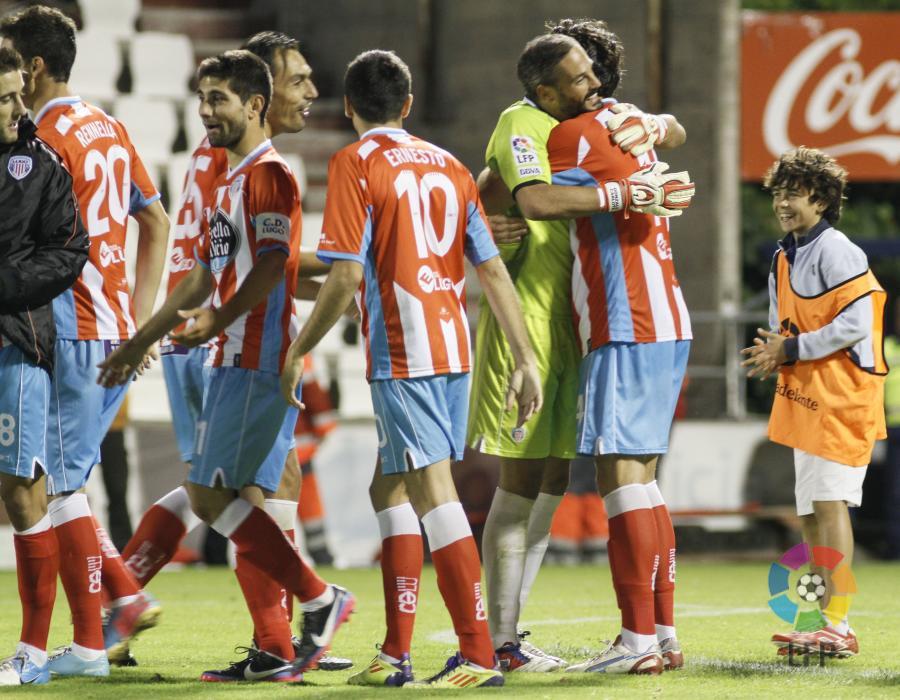 Rennella and Sandaza have fallen on their feet at Lugo having scored six out of eight goals for Quique Setién's outfit in the last six matches.

In its third season in the Liga Adelante, CD Lugo is enjoying its best ever period. Largely thanks to Vincenzo Rennella and Francisco Sandaza, the two faces of the Galician team's strikeforce for the first six matches. Currently in the Liga BBVA playoff positions for the first time in its history, Quique Setién's understudies can sleep easy with their attacking partnership firing on all cylinders.

Of a Neapolitan father and a French mother, Rennella seems to have taken a liking to the Galician air. After his signing to Real Betis Balompié this summer, the Andalusian outfit decided to loan the striker to harden him in the Liga Adelante, a competition with which he is already familiar after scoring seven goals for Córdoba CF.

After an initial 0-0 with Lugo against CD Numancia and a defeat by FC Barcelona B (2-1), Rennella had to wait until the third matchday to have his moment. His brace was the foundation of the team's first victory, 4-2 against Real Jaén FC, and the French-Italian's form continued against Real Zaragoza as his side were victorious in the Romareda (0-1), while his fourth strike put the Galicians ahead of Girona FC, although the Catalonian team managed to turn the matchday-5 encounter around.

After spending five years in Scotland and England, Francisco Sandaza was offered his Liga Adelante debut at the hands of Quique Setién. Although his first celebration was short-lived as Javier Espinosa made it 2-1 to the Barcelona reserves late in the match, his second was enough to place Lugo in sixth position in the table, a playoff position. The player from Toledo put his name on the board in the 84th minute, having come on in the Heliodoro Stadium in the 66th for Rodríguez López, sealing the 0-1 victory over CD Tenerife.

Óscar Díaz's 15 goals in the Liga Adelante last season, which earned him a move to UD Almería, caused a headache for Quique Setién coming into the new season, and it looks like the partnership formed by Rennella and Sandaza will be enough to guarantee the team's safety as soon as possible, allowing it to focus on outdoing the club's eleventh position in the 2012/13 season and obtain its best ever finish in the Liga Adelante. Six of the red and whites' eight goals carry the signature of the new strikers, which is sure to please the fans in the Ángel Carro.