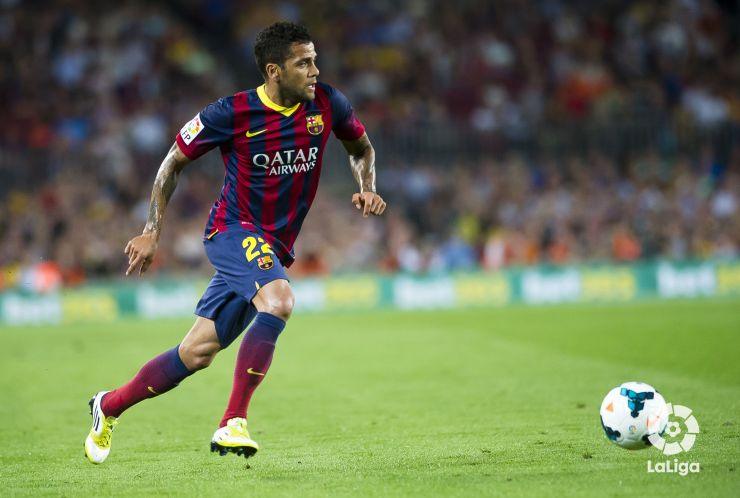 Dani Alves out for seven to 10 days

The Barcelona player suffered a small fibre tear in his right calf, adding to the league leader’s list of injuries.

FC Barcelona right back Daniel Alves suffered a small fibre tear in his right calf, meaning he will be out of action for the next seven to 10 days. The Catalan outfit have confirmed that they will be without the Brazilian for the Liga BBVA game against Granada and the UEFA Champions League clash versus AFC Ajax.

The Brazilian international has played in 11 of Barcelona’s 13 Liga BBVA encounters this season, and has appeared four times in Europe. His attacking instincts have seen him find the back of the net twice, against Levante UD and Sevilla FC.