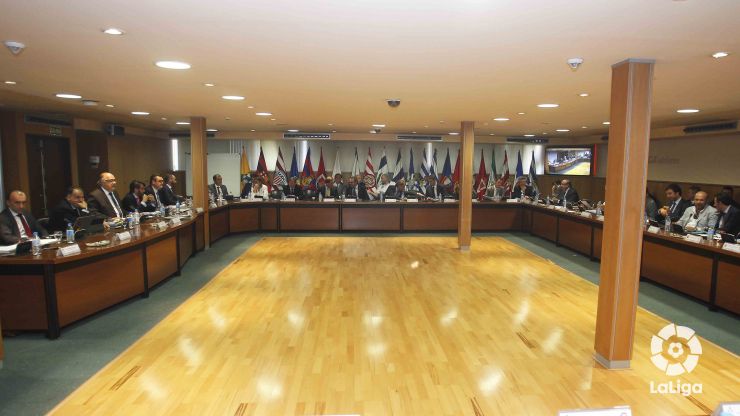 Conclusions of the LFP Ordinary and Extraordinary General Meetings

The LFP headquarters hosted the meeting which was attended by all the Clubs and Public Limited Sports Companies in the Liga BBVA and Liga Adelante.

The LFP Ordinary and Extraordinary General Meetings took place this afternoon at the Liga de Fútbol Profesional headquarters. Among other things, at the meeting, which was attended by all the Club and SADs (Public Limited Sports Companies) in the Liga BBVA and Liga Adelante, the following was determined:

The day started with a morning session between the various departments of the LFP and the clubs where the projects have been carried out, are in process and that will come in the future.

At the end of the meeting, two presentations took place: First, that of Real Zaragoza SAD’s new board member, Fernando Sainz de Baranda; Then came the time to welcome, for the first time in the history of the LFP Meetings, UE Llagosterá and its president, Isabel Tarragó.