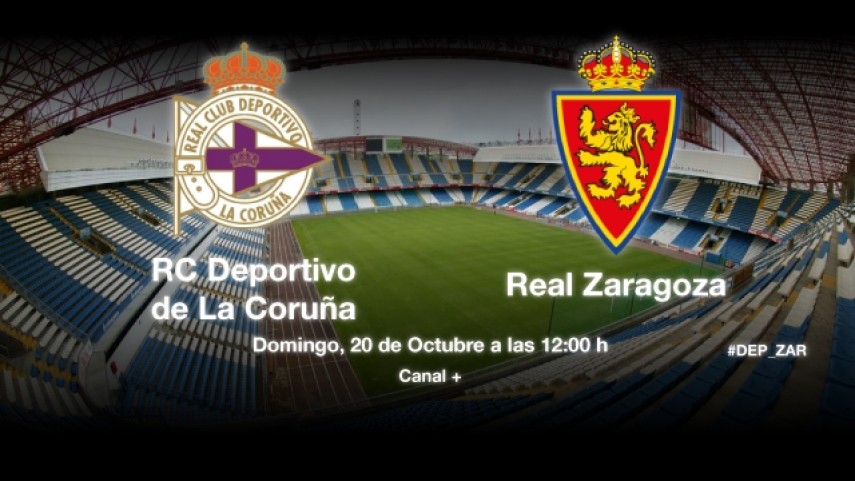 Clash of the titans in the Riazor

Deportivo and Zaragoza, two of the favourites for promotion to the Liga BBVA, will square off in Galicia.

Two of the favourites in the fight for promotion to the Liga BBVA will meet in the Riazor with a common goal: victory. RC Deportivo La Coruña, who come into the match off the back of a Copa del Rey defeat, will look to overcome an in-form team, Real Zaragoza.

All of the Galician outfit's players are fully fit and awaiting selection for the match by their coach, Fernando Vázquez. "We have 18 players who, if we use them properly, will take us to the top spots of the table", said the Galician manager.

For his part, Paco Herrera, coach to the team from Aragon, will be without Walter Acevedo and Mario Paglialunga for the match, the latter suffering from hip problems. Zaragoza comes into the match with momentum on its side after winning its last two ties.