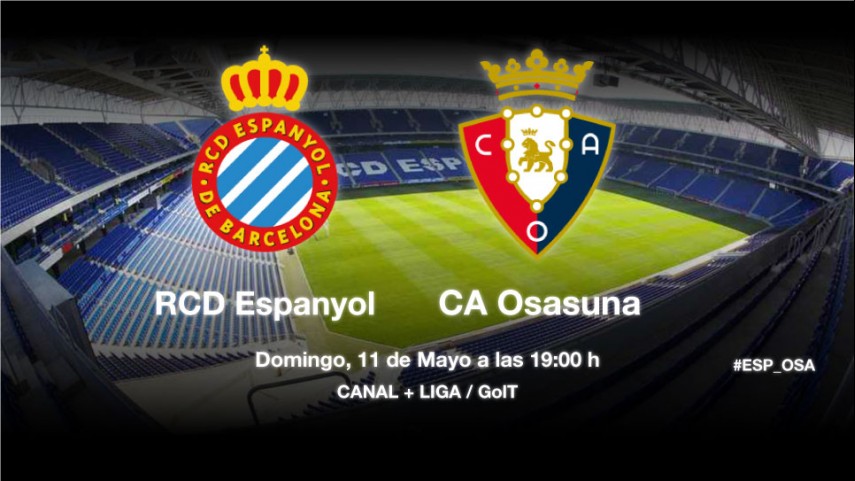 Clash for salvation in the Cornellà

Espanyol bid for a win that would mathematically seal their salvation against an Osasuna who are fighting for a victory that would take them out of the relegation zone.

RCD Espanyol and CA Osasuna meet on Liga BBVA matchday 37 on Sunday at 19:00 in the Cornellà - El Prat.

The blanquiazules will be bidding for a win that would mathematically guarantee them another year in the Liga BBVA. Javier Aguirre’s men are looking for a positive finish to the season that would end their streak of six consecutive matches without a win. The Mexican coach will be without Portuguese attacker Pizzi, who received his marching orders in his team’s last match. "We want to win and give the fans something to celebrate", Aguirre revealed about his understudies’ intentions for the clash.

For their part, the rojillos will be travelling to Barcelona with the intention of taking three points back to Pamplona. A win would hoist them out of the relegation zone with just one game left to play. "There are 8 or 9 days of competition left and our need for points if we are to reach our goal is evident", stated Gracia in a press conference the day before a match in which he will not be able to select Raoul Loé or striker Manu Onwu, both of whom are injured.