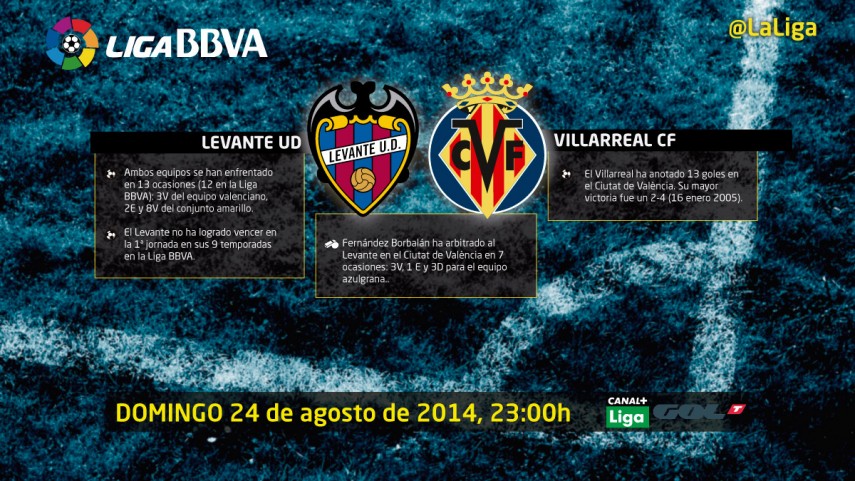 José Luis Mendilibar, the new Levante manager, goes up against a Villarreal with a sweet European hangover.

Levante UD and Villarreal CF will face each other in one of the many derbies in store for us in the Liga BBVA. The Granotas will look for their first victory, while the Yellows will hope to follow on from their good performance against FC Astana.

Gavilán and Juafran are out injured for Levante and Diop is suspended. Javi Jiménez, Morales, Vyntra, Nong and Héctor Rodas have been left out of the matchday squad. Villarreal played in the first leg of the UEFA Europa League preliminary round last Thursday. Despite their great result, 0-3 against FC Astana, tiredness could be a factor for the Yellows due to the long journey they had to make.

José Luis Mendilibar, the Levante manager, praised his opponent on Sunday: "He's one of the best in the division; he has a very complete squad, they won't lose any of their intensity through fatigue". Marcelino, meanwhile, begins his third season in the Villarreal dugout hoping to repeat last season’s achievements. "Our responsibility and desire is to match it or improve, but our determination remains the same".