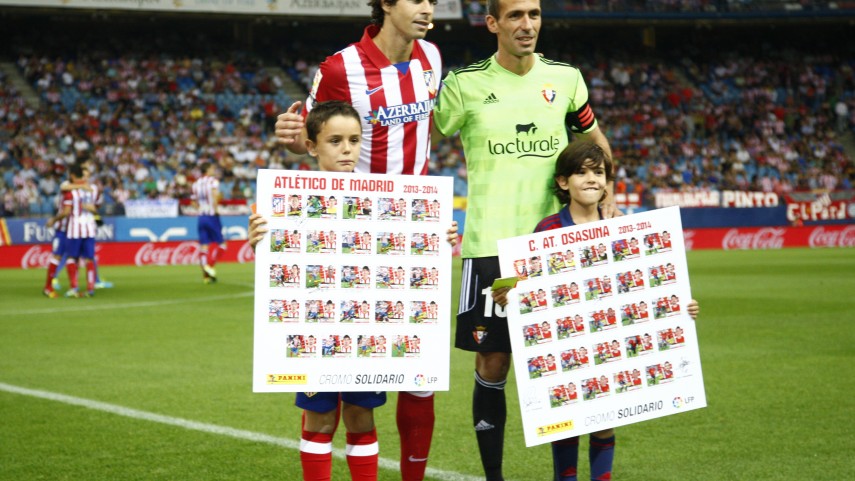 'Charity Stickers', on auction from the 1st of November

LFP, Panini and Burger King's charity stickers will be available on eBay, from the 1st of November, for ten days.

The Liga de Fútbol Profesional, Panini and Burger King's 'Charity Stickers' Initiative will auction two mega-stickers on eBay between the 1st and 11th of November, 2013.

During that time, users and collectors who want to snap up these two unique items will be able to bid on eBay and, at the end of the promotion, the highest bid on each of them will win the item.

Panini and the Liga de Futbol Profesional, in mutual agreement with the clubs included in the initiative, will give the total income from the auction to two of the two teams' social projects. On the one hand, the Football Academy for Children with Down's Syndrome and, on the other, the Fundación Osasuna Nicaragua Social Project.

This new initiative is related to the collection of Liga BBVA 2013-14 stickers and is based on the auction of two Atlético de Madrid and CA Osasuna giant-stickers which include stickers signed by all the members of the respective squads.