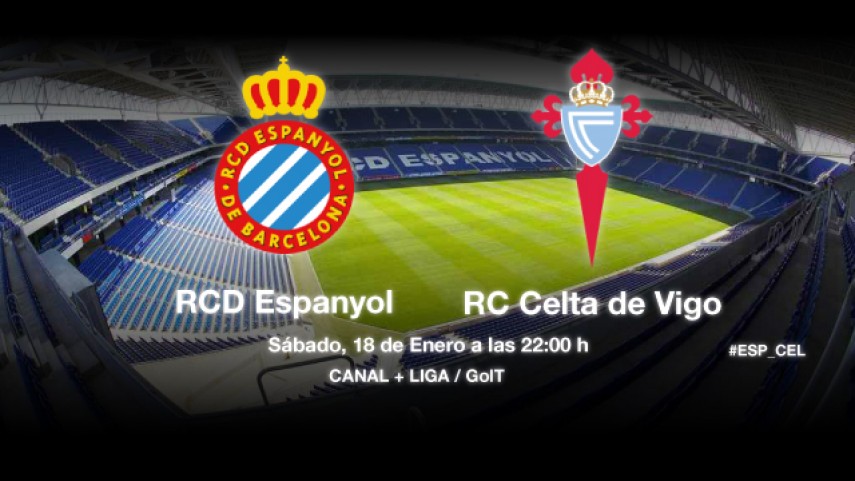 The Vigo outfit visit an Espanyol side in need of a win as they look to move away from the wrong end of the table.

RCD Espanyol and RC Celta de Vigo face each other in an intriguing encounter in the 20th round of Liga BBVA fixtures.

The Catalan side, who sit twelfth, aren't in the best run of form having lost their last two games to CA Osasuna and Real Madrid CF. The side from Barcelona got their smile back on Wednesday as they completed an epic comeback against AD Alcorcón to progress to the quarterfinals of the Copa del Rey, and they will now seek to get back to winning ways in Liga BBVA. Javier Aguirre will be without David López, who has a muscle problem in his left leg.

A Celta side on the up are the visitors, and they will look to build on their win against Valencia CF (2-1) in their last outing. The Galician side will go to the Estadio Cornellà-El Prat with the intention of moving away from the bottom of the table, and Luis Enrique, who will be without Samuel Llorca, highlighted the difficulty of the game: "It’s a dangerous match, but we're going to have the same mentality as in our last game".