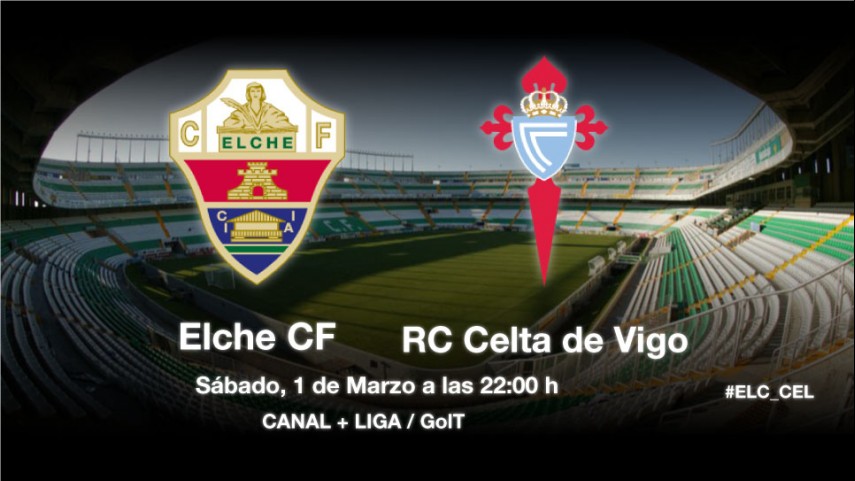 The celestes visit Elche in a stadium in which it has only ever won one Liga BBVA game.

Elche have a chance to return to winning ways in front of their own fans after a run of matches without picking up all three points. To do so, their coach Fran Escribá petitioned for the crowd to do their bit to help defeat a confident Celta who know what they are doing: "We need the fans to support us as they always do".

The Galician outfit has had five positive results on the trot and they will be hoping to maintain their streak in a stadium in which they have only ever won once, in the 1988/89 season. Toni Rodríguez is the only man dropped by Luis Enrique's, who will also be without the suspended Nolito and Álex López. However, the visiting manager will have his striker Charles Días back. "Our goal is to defeat a direct rival. We are not about to play for a draw", assured Luis Enrique before the match.