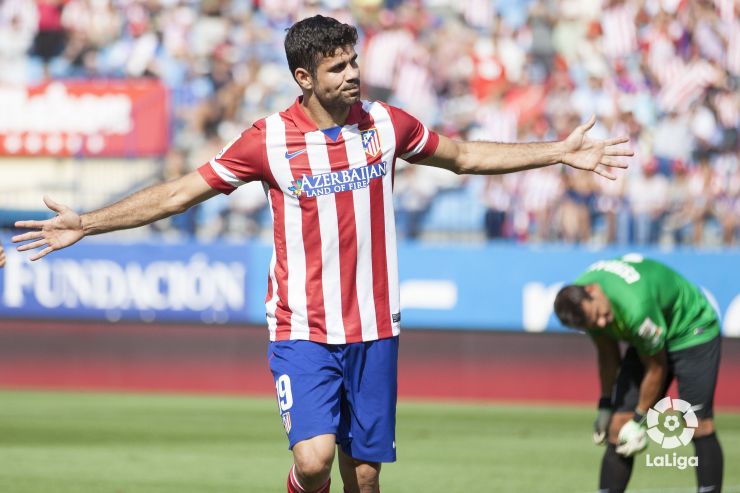 Celebrating to the max

Diego Costa celebrates his 25th birthday on Monday and he does so in the form of his life.

Diego Costa celebrates his 25th birthday on Monday and he is doing it in style. He is the spearhead of a Club Atlético de Madrid which has won eight out of eight Liga BBVA matches (a record start to the season for the club) and in just two months in to the league he has proved to be a prolific goal-scorer. We already knew he was a gifted second striker and a hard-working forward who gives his all for the good of his team, but this year Diego Costa has tapped into his instinct for scoring and now has ten goals in just eight league matches, equalling his total from last year's Liga BBVA season.

The figures alone are frightening, but his performance has come completely out of the blue. The exit of Radamel Falcao this summer and the arrival of David Villa sounded like a straight swap on the banks of the Manzanares. Killer for killer. However, Diego Costa has managed to turn this idea on its head and establish himself as the spearhead of the team's strikeforce. The numbers speak for themselves. He has scored ten goals in eight Liga BBVA matches and has only failed to score in one of them, during the Red and Whites' visit to Real Sociedad de Fútbol.

His performance has also led him to notch up another landmark, equalling the record set by Atlético great Diego Forlán. Until now, the Uruguayan was the only player to have scored in five consecutive league matches for Atlético. His two goals against RC Celta de Vigo meant that Diego Costa matched the achievement and on the 19th of October at 22:00 he will have the chance to set a new record during Atlético's visit to RCD Espanyol.

He has plenty to smile about on his birthday.