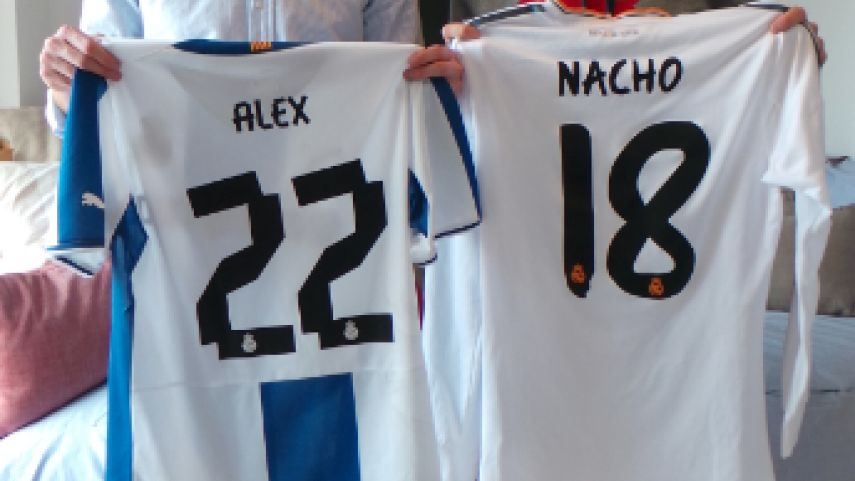 Brotherly clash in the Cornellà-El Prat

Bothers Álex and Nacho Fernández will meet for the first time in their careers representing Espanyol and Real Madrid, respectively.

This Sunday's match between RCD Espanyol and Real Madrid CF will be of particular significance to the Fernández family. Brothers Álex and Nacho, who serve in the ranks of the Barcelona and Madrid teams, respectively, will be enemies on the pitch for the first time in their careers.

Despite the fact that both players learnt their trade in the lower ranks of the Whites, they went their separate ways last summer. After years at the Madrid club, where he started at eleven years of age, Álex arrived in Barcelona to take the leap into the Liga BBVA with Espanyol. There, the young midfielder has already played in seven games under the orders of Javier Aguirre, demonstrating his outstanding ability with the ball. Before leaving the capital he was one of the architects of Real Madrid Castilla's promotion to the Liga Adelante in the 2011/12 campaign, a feat he achieved alongside his brother.

For his part, Nacho has made room for himself in Carlo Ancelotti's side thanks to his enormous versatility. The elder of the Fernández brothers has become an important player for the Italian coach, working both in the centre of the defence and as a full-back. Last season, Nacho also enjoyed the trust of José Mourinho who played him in nine Liga BBVA matches.

The two players fulfilled a dream when they played together in the Whites' first team in the first-leg third round Copa del Rey 2011/12 match against CD Alcoyano. That day, Real Madrid won 1-4 and both Álex and Nacho started. However, this Saturday they may share the same pitch, but not the same shirt.