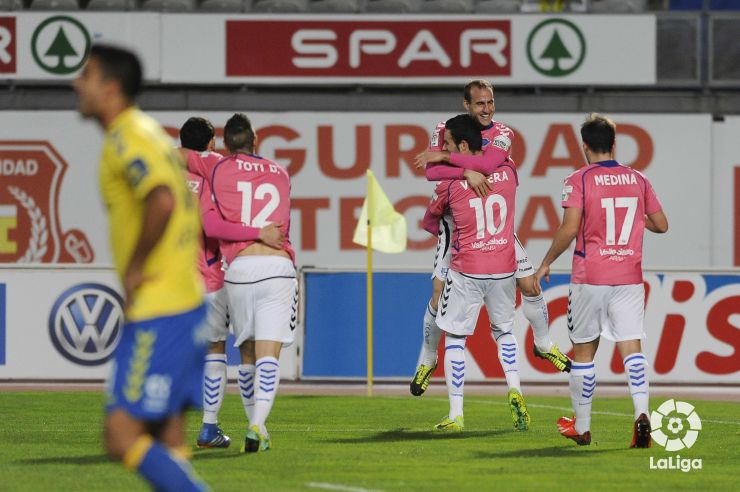 Borja Viguera, a synonym of goal in Alavés

The Basque side's forward has been the principal author of the team's escape from the relegation places.

The equality in Liga Adelante this 2013/14 has been extended to all facets of the competition. The top spot is occupied now by SD Eibar thanks to their superior goal difference over RC Deportivo de La Coruña, and the goalscoring charts also have two names at the top. One of those is Borja Viguera.

The striker from La Rioja has been the main protagonist in Deportivo Alavés' return to Liga Adelante. His 18 goals in the competition, five of which have come in the last three games, have helped the side from Vitoria find regularity in a competition that is more even than ever, with each point worth its weight in gold.

Borja Viguera is in top form. He has played a total of 2,134 minutes in the 25 fixtures his club have played in Liga Adelante, meaning he has been on the pitch for more minutes than any other player in Juan Carlos Mandiá's side. His performances in the last few Liga Adelante games have given his side seven from a possible nine points, moving them up to 17th place in the table as they look to maintain their place in the division this season.

Also, the number 10's goals equate to 46% of all of those scored by the Basque side, something he will have to maintain if the side want to remain in a division so tightly fought as Liga Adelante is. He has now scored more than he did last season, when he scored 17 goals in Segunda B, helping his team earn promotion. Without doubt the club's future in the final stretch of Liga Adelante will have a lot depending on their goalscorer's form.