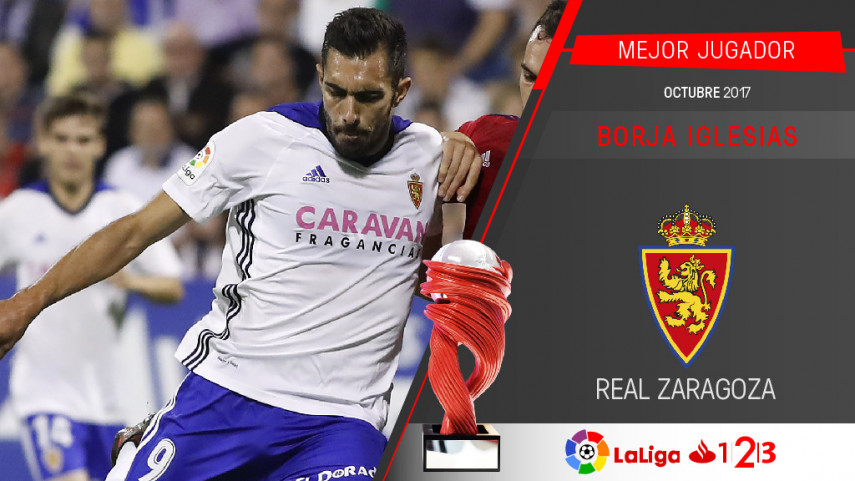 The Real Zaragoza forward receives the award for the best player in the division after scoring four times last month.

Borja Iglesias has been named the LaLiga 1|2|3 Player of the Month for October. It's the first time that the Galician striker has been awarded this accolade in his career, a recognition of the importance of his contributions to the Zaragoza cause.

Iglesias found the net four times in October, the first of which came on Matchday 8, when he rounded off the scoring in Zaragoza's 3-0 win over CD Numancia. He was back among the goals against CA Osasuna and also struck twice away at Sevilla Atletico, helping Los Maños come away from Andalusia with a crucial point.

This season, LaLiga has added a new dimension to the awarding of the Player of the Month accolade, bringing fans closer to the action of one of the most competitive leagues in the world. This will see Borja Iglesias collect the award in front of the Zaragoza faithful, before his side's match against CF Reus.