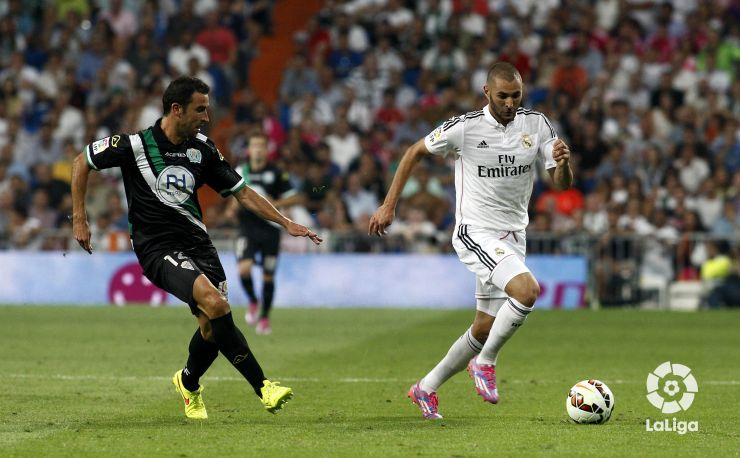 A goal from the Frenchman and another from the Portuguese took the Whites to a 2-0 win over Córdoba in the Santiago Bernabéu.

Real Madrid CF made the most of their home advantage against Córdoba CF on the first matchday of the Liga BBVA with a 2-0 win over the Andalusian outfit. Karim Benzema opened the scoring and Cristiano Ronaldo put the match to bed on the verge of the final whistle.

The Whites came out of the blocks fully focused and looking to hurt a Córdoba who were playing their first match in the Spanish topflight for 42 years. Sergio Ramos and Toni Kroos both tried their luck but came up against the quality of Juan Carlos. Finally Karim Benzema found the net from a corner after half an hour's play.

The second part provided Córdoba's best spell upon their return to the Liga BBVA. Albert Ferrer's men began to dominate the match, although they were unable to transfer the form to the strikeforce, where only Fidel was able to unsettle Iker Casillas from the edge of the box. When it seemed like the match would finish 1-0, Cristiano Ronaldo produced a long-range goal to seal Real Madrid’s first three points of the season.