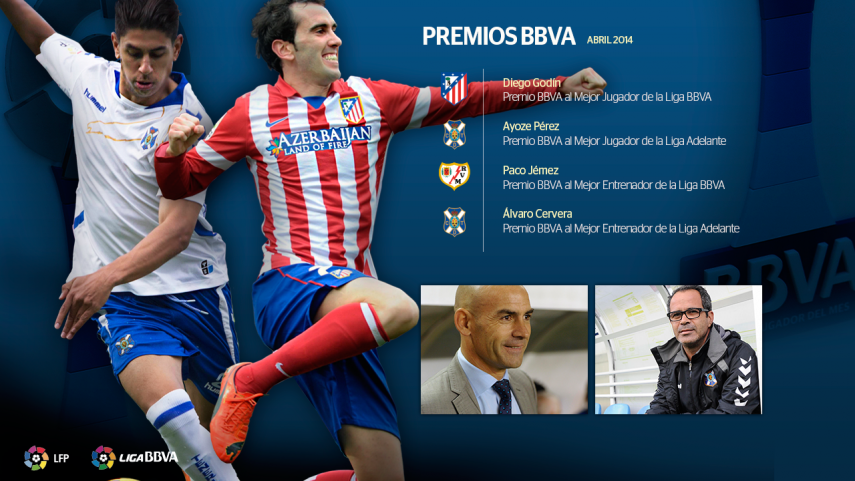 Paco Jémez and Álvaro Cervera are the managers of the month. Diego Godín and Ayoze Pérez, the best players.

BBVA, the principal sponsor of the Liga de Fútbol Profesional have announced the names of the best managers and players of the months in both Liga BBVA and Liga Adelant.

The Liga BBVA prize winners are Paco Jémez, manager of Rayo Vallecano and Diego Godín, Atlético Madrid defender. The Canary Islander took his team through April undefeated, winning three, drawing one, with a total of 11 goals scored. They are numbers that have flung the Madrid side up into mid table, securing their status in the division. Meanwhile, the Uruguayan centre back is a key part of Diego Simeone's side, who sit top of Liga BBVA. In addition to contributing to the side's incredible defensive solidity, the side won all their games in April, and the centre back scored the opener against Getafe CF.

In Liga Adelante, CD Tenerife complete a clean sweep. Manager Álvaro Cervera was chosen as manager of the month for April after leading them to fourth place in the table with three wins. Also, striker Ayoze Pérez, one of the side's key men, receives the player of the month gong for Liga Adelante.