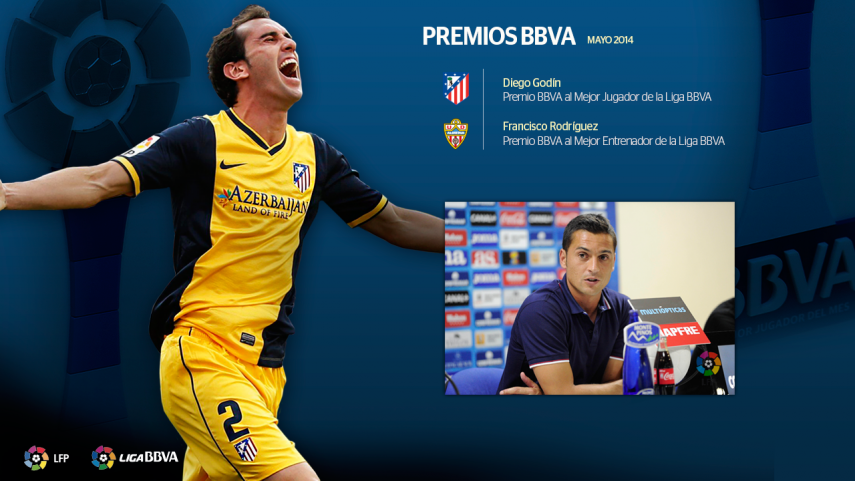 BBVA awards for the best of May

Francisco Rodríguez was chosen as the best Liga BBVA coach, while Diego Godín was named the best player in the division.

BBVA, the main sponsor of the Liga de Fútbol Profesional, has announced the names of the best coach and best player in the month of May in the Liga BBVA. The winners are Francisco Rodríguez, UD Almería’s coach, and for the second month in a row, Diego Godín, Club Atlético de Madrid’s defender.

The Andalusian club’s coach kept the team up on the final day of the Liga BBVA. The two victories and the final draw against Athletic Club allowed the team to achieve its dream of another year in the top flight.

For his part, the Uruguayan centre-half is one of the keys to Diego Simeone’s team, the new Liga BBVA champions. In addition to contributing some extraordinarily solid defending to Atlético’s great season, he scored the goal against FC Barcelona that won the Rojiblancos the championship.

The board of judges is made up of professional footballers who are very familiar with the Liga BBVA and the Liga Adelante and are not linked to any of the clubs in the competition.