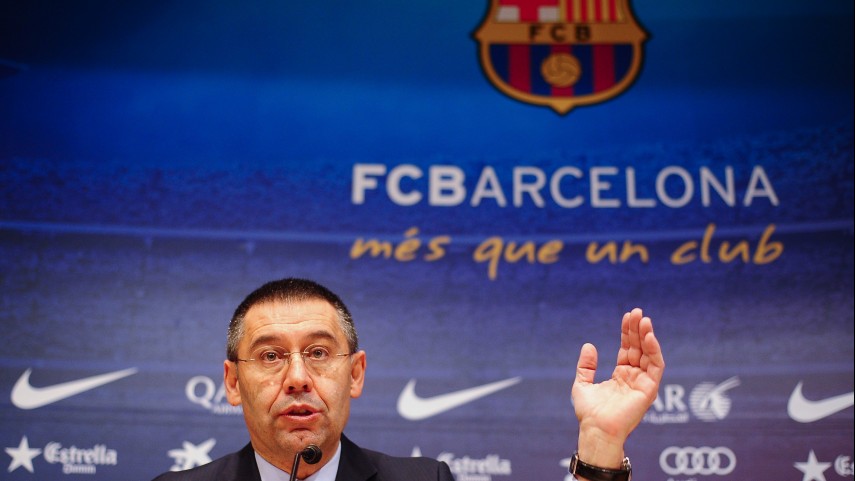 Bartomeu: "We have always obeyed the rules"

The Barcelona president spoke to the press in order to show the club’s position in the face of the FIFA imposed sanctions and assured that the Catalan club will appeal the decision.

The FC Barcelona president, Josep Maria Bartomeu, held a press conference this Thursday to show the club’s stance with regards the sanction imposed on them by the FIFA Disciplinary Commission.

After reading out a chronological list of events, the boss of the Catalan club declared: "We will make an appeal to FIFA within the next ten days. If FIFA persists, we will present another appeal to the Court of Arbitration for Sport, which would ask for interim measures to allow for summer and January signings. These appeals will be done in conjunction with the Royal Spanish Football Federation".

Furthermore, Bartomeu also wanted to clarify the club's position in relation to FIFA’s rules, asserting that Barcelona "completely agrees with FIFA’s rules regarding the protection of minors. It is one of our core philosophies. We have defended and will continue to defend minors. We will never turn our back on this cause".

The president of the Liga BBVA outfit also had a few words for the club’s fans and the children who play in La Masía, stating that "we will fight this until the end because this is a model that has been working very well for a long time. La Masía should not be touched. It is a model that has worked for 35 years and is the reason this club is now among the greatest in world football".