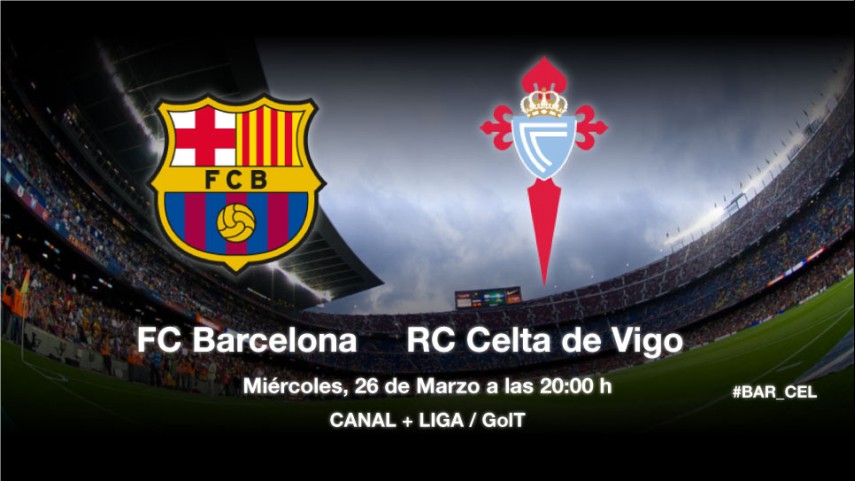 Barcelona looking to confirm they’re back in title race

Following their win against Real Madrid, the Catalan side face a tough test against Celta in which they’ll be looking to prove they’re right back in title race.

FC Barcelona host RC Celta de Vigo in the 30th round of Liga BBVA at the Camp Nou.

Last Sunday FC Barcelona won an exhilarating tie against Real Madrid CF. With this victory the Catalans have cut down the distance between themselves and the Madrid side, and remain one point behind them and Atlético de Madrid, who lead Liga BBVA. This Wednesday they host Celta at home, where they’ve only lost once all season. They will do so without Xavi Hernández who has been left out by manager Gerardo Martino, however Cristiano Tello makes a return to the squad. Their coach explained in his pre-match press conference that his side must follow up their win over Real Madrid: "We have to take advantage of what we did this weekend because we’ve pulled ourselves back into the title race", he said.

Their opponents, Celta, suffered a defeat at home to Málaga CF last Friday. Without the injured Rafinha Alcántara, and Krohn-Dehli, suspended, the Galician side will be looking to leave Barcelona with a victory that would help them maintain their mid-table spot. Their coach, Luis Enrique, affirmed that his side should "hope that they have a bad day and that we have a good one”, in order to “make like difficult for them".