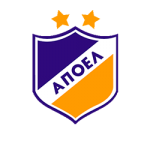 The Catalan side won 1-0 in the Camp Nou, while the Rojiblancos drew nil-nil in the San Mamés upon their return to the Champions League group stage after a sixteen-year absence.

The second day of the UEFA Champions League group stage included two Spanish teams, both of whom picked up their first points. FC Barcelona recorded a 1-0 victory in the Camp Nou and Athletic Club a goalless draw in the San Mamés.

Barcelona opened in Europe's top competition by picking up their first three points against Apoel FC, thanks to a Gerard Piqué goal after 28 minutes of a match in which Ter Stegen and Sergi Samper made their debuts for the Azulgranas. Luis Enrique's men lead Group F on their own after the one-all draw between AFC Ajax and Paris Saint-Germain in the Amsterdam Arena.

Athletic, for their part, were making their return to the group stage of the Champions League after a wait of nearly sixteen years. The San Mamés faithful witnessed a very close encounter in which the respect between the Rojiblancos and Shakhtar Donetsk was clear. Despite a lack of chances, the match was played at a high tempo and the Ukrainians were more incisive than the home team. In the end, despite the fact that the game could have gone either way, Athletic gained a valuable point from the clash after a nil-nil draw in their first European match of the season, against an opponent that is one of the favourites in the group. The other, FC Porto, thumped FC BATE Borisov 6-0 with a stunning performance from Yacine Brahimi, who scored a hat-trick.