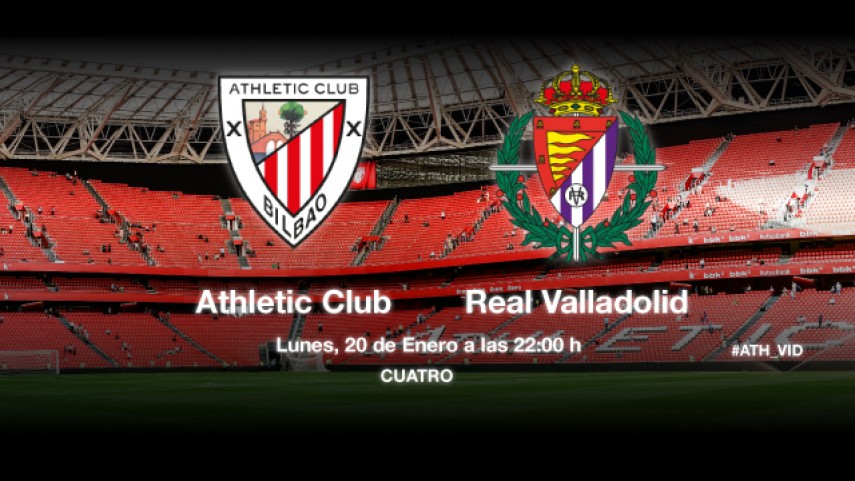 Athletic looks to continue its unbeaten run against Valladolid.

As of writing San Mamés continues to be a stadium in which no visiting team has won. Valladolid will try to be the first team to achieve this feat.

Athletic Club and Real Valladolid CF will play each other in final clash of the Liga BBVA matchday 20 action on Monday night at 22:00.

The Red and Whites head into this encounter with a clear objective: to remain unbeaten in the new San Mamés. At this stage of the championship they are still yet to be defeated at home. Mikel Rico and Mikel San José, two of Ernesto Valverde's most in form players, are unavailable for selection through suspension. Defender Unai Albizua and midfielder Iker Muniain are also unavailable through injury. Their manager, Valverde, is aware of the strength of the upcoming opponent: "Valladolid is a difficult team to face as they play well as a team."

Valladolid travels to Bilbao without forward Humberto Osorio, midfielder Lluís Sastre and defender Alcatraz. Their manager, Juan Ignacio Martínez, pointed out some of the areas where they need to improve and highlighted the Basque team's strengths: "With the greatest of respects to our opponents, we are making things difficult for ourselves at the moment. They play with a great spirit of togetherness, they have a direct style of play and have speed in attack".