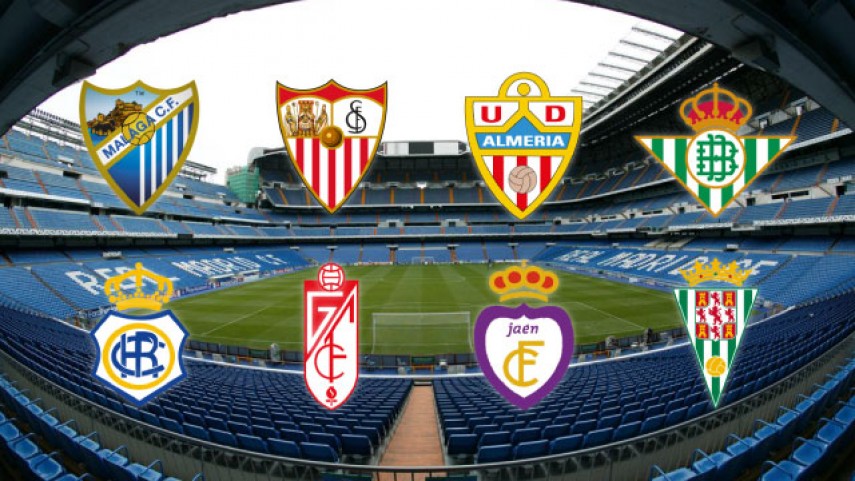 Málaga, Almería, Sevilla, Betis, Granada, Córdoba, Recreativo and Jaén have now confirmed their players who will take part in match in the Santiago Bernabéu on the 30th of December.

After the confirmation of UD Almería players Suso and Rodri, seven new Andalusian clubs have confirmed that they will contribute players to the 'Champions for Life' match on the 30th of December in the Estadio Santiago Bernabéu.

Manuel Arana (RC Recreativo), Cedrick Mabwati and Juanfran Moreno (Real Betis Balompié) and Iván Rakitić and Jairo Samperio (Sevilla FC), all on the West team, are just some of the players who will be representing Andalusian football in the match to raise funds for the victims of typhoon Haiyan, which hit the Philippines in November.

Arana, one of the Liga Adelante's top goal-scorers, will share a dressing room with some of the Liga BBVA's stars, such as Carlos Vela and Iñigo Martínez from Real Sociedad, and the above-mentioned Sevilla and Betis players. All of them will wear the same shirt in support of those in need in the matches organised by the LFP and UNICEF.

But while the West team will be replete with Andalusian players, the East will certainly not be far behind. Yacine Brahimi and Allan-Roméo Nyom (Granada CF), midfielder Ritchie Kitoko (Real Jaén CF), the defender Bernardo Cruz (Córdoba CF) and Fernando Tissone and Roque Santa Cruz (Málaga CF) will also share a dressing room with players such as Bruno Soriano and Giovani dos Santos (Villarreal CF) to play in the charity game.

With just a few days to go until one of the events of the year, the team line-ups are slowly starting to fall into place. The sides, which will be managed by Paco Jémez and Javier Aguirre, are starting to fill up and none of the stars of the 22 clubs that make up the Liga de Fútbol Profesional will miss the clash on the Estadio Santiago Bernabéu turf.

Do not miss your chance to support a good cause and to see the 'Champions for Life' match live in the Santiago Bernabéu.