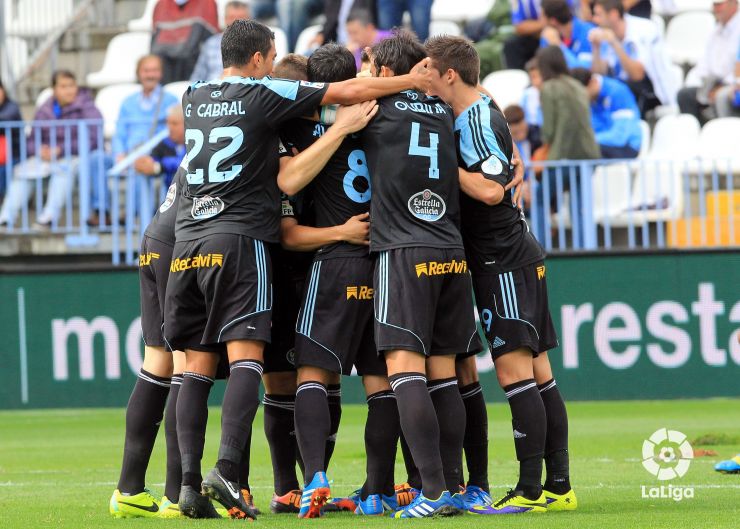 The Galician side is yet to win at home, but it has picked up victories away at Betis, Málaga and Sevilla so far in the Liga BBVA.

RC Celta de Vigo has three victories in the Liga BBVA so far, three different wins with one thing in common: the surroundings. The Celestes collected all nine points away from home in Andalusia.

Luis Enrique’s first reason to celebrate came on matchday two of the Liga BBVA against Real Betis Balompié. It was the 25th of August in the Benito Villamarín stadium, where Charles and Nolito sealed their side’s first victory of the season. The Galician side looked good early in the season with five points from the first three matches.

But Athletic club, in its first match in the new San Mamés, managed to put an end to Celta’s productivity. Subsequently they endured six matches without another win. During this time the Galicians went through a tough patch in their calendar, playing teams such as Villarreal CF, Getafe CF and Club Atlético de Madrid, among others.

Then, Luis Enrique and his men returned to Andalusia, more specifically to Malaga, on matchday ten of the Liga BBVA. It was there that his team put it its performance of the season, pummelling Bernd Schuster’s men 0-5. The outfit from Vigo were outstanding in the Rosaleda, where Augusto, Álex López, and Nolito and Charles again, gave the side and their fans, their confidence back.

A week later, Celta returned to Sevilla again, this time to the Estadio Sánchez Pizjúan, where history repeated itself. The Galicians were ruthless in their 0-1 win, which was their third in the championship, all three coming away from home, all three in the south of Spain. Victories are always sweet, but the Celestes know that they still have an important task at hand: to give the fans their first win in the Balaídos.