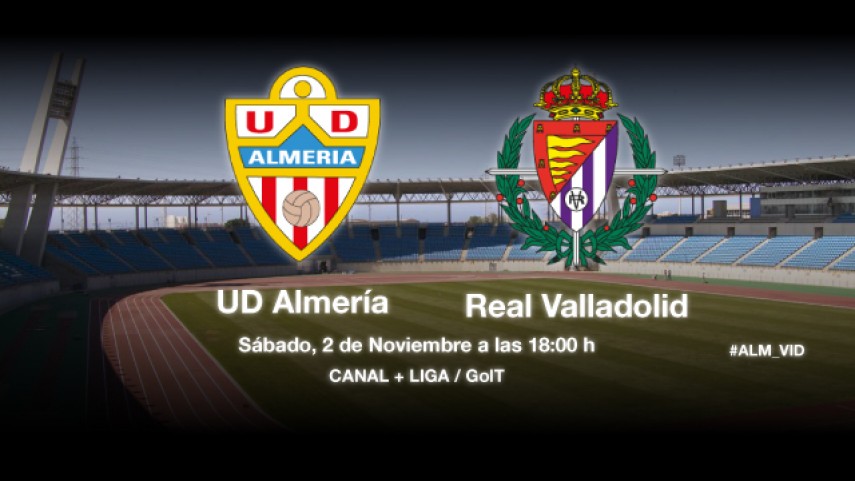 Almería looks to push on

After picking up its first win of the season in Mestalla, the Andalusian team is in search of another three points against a Valladolid side that won 3-0 in its last away encounter.

While UD Almería’s first victory of the season hasn’t taken the team off the foot of the table, it has given the players and managerial staff a huge moral boost. Up next the Andalusians will take on a Real Valladolid side which recently picked up an incredible 3-0 away win against Rayo Vallecano.

The Red and White’s coach, Francisco Rodríguez, spoke clearly about the attitude his team needs to have at home: "At home, as well as being competitive and aggressive, we also need to be ambitious and brave". He also highlighted where the danger is likely to come from the opposition: "It will be a very difficult match because we are up against a good footballing side with a lot of quality up front".

His opposite number, Juan Ignacio Martínez, will be without Heinz in defence, Víctor Pérez and Óscar González in midfield, and Manucho up front. The Valladolid coach was self critical of his team during his pre-match press conference: "It will be impossible to reach our objectives if we concede two goals in every match. Defence is the key".