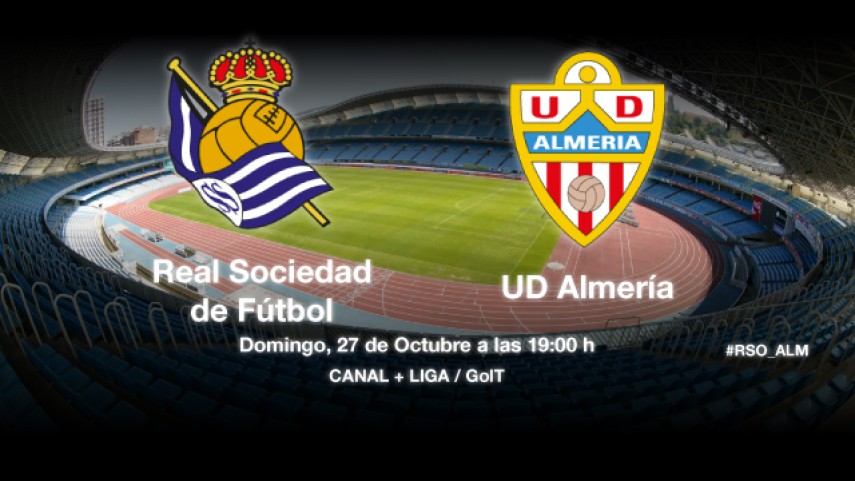 Almería in search of a first victory in Anoeta

The Andalusian outfit takes on an out-of-sorts San Sebastian side for the first time in the Liga BBVA.

Real Sociedadwill come into this Liga BBVA tie looking to kick start its season against an Almería side which has also been trying to fine tune its attacking game in recent encounters without getting the desired results.

The txuri-urdin, currently eleventh in the league with ten points, has only won one match at home, in stark contrast to last season. The Real Sociedad manager, JagobaArrasate, stressed that the lack of consistency is down to the importance of "stringing together two consecutive wins in the Liga BBVA in order to build up confidence". The Basque side will be without the services of Dani Estrada in defence, GorkaElustondo in midfield and Daniel Ifrán up front.

Taking them on is an Almería side looking to climb out of the relegation zone, and which travels to Anoeta without a suspended HernánPellerano. The Red and Whites manager, Francisco García, is aware of the difficulty of the task at hand but is not throwing in the towel just yet. "We will try to upset one of the Liga BBVA’s best teams".