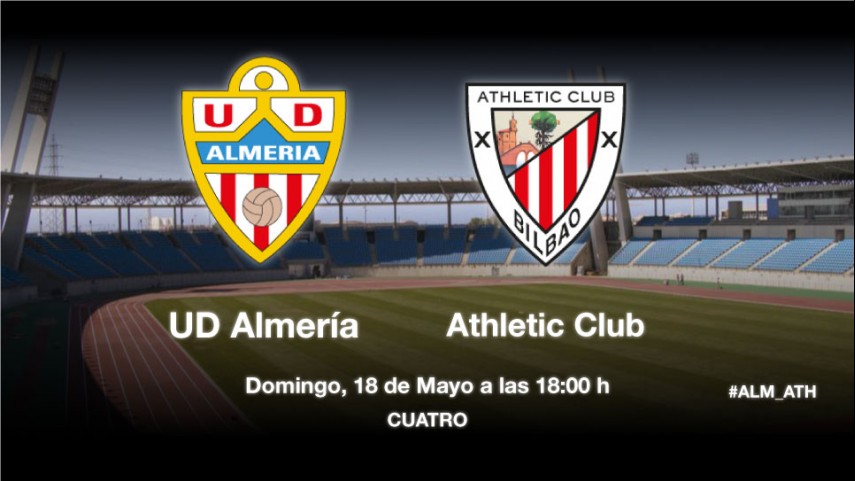 All or nothing at the Juegos Mediterráneos

Almería will be fighting to stay in the Liga BBVA against Athletic, with the advantage of having their fate in their own hands.

UD Almería and Athletic Club will go face-to-face on the final matchday of the Liga BBVA in a game in which the Andalusians' future in the competition is at stake.

Almería are fifteenth in the table with 39 points going into the decisive encounter and fulfilling their dream of staying up is in their hands. If they win or draw against the Basque side, Almería will achieve their objective regardless of what happens in the other fixtures. If they lose, however, they will have to rely on other results: Getafe getting no points in Vallecas, Granada CF failing to win and CA Osasuna, if they beat Real Betis Balompié, not exceeding Almería’s overall goal difference.

They face an Athletic who, with their fourth place already assured, will want to put the finishing touches to their excellent season. The Basque team’s manager, Ernesto Valverde, made his intentions clear before the match: "Our intention is to win. Our opposition have a lot at stake and so do other teams, but we’re playing for three points that we want as much as ever and we have to be serious".