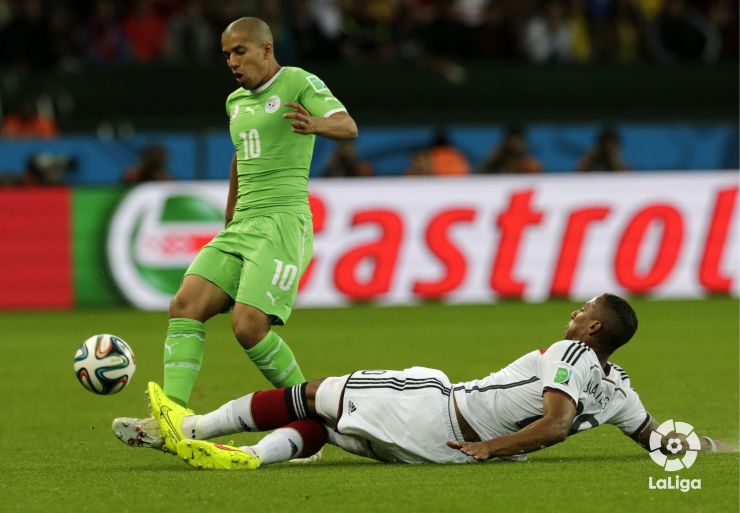 It was the first time they had set foot in the second round, they had already tasted glory, and they wanted more. It seemed too cruel for Africa's final representative to pack their bags so early.

Expectations of the Algerian squad at the 2014 FIFA World Cup had already been far exceeded. Anything else would simply be a celebration of the success already achieved. The story of the team managed by Vahid Halilhodžić was already something to behold, thanks, among other things, to players such as Sofiane Feghouli and Yacine Brahimi.

The ‘Fennec Foxes’ have provided some of the best moments of what is proving to be a thrilling tournament. And they came close to upsetting the Germans. The solid system created by Bosnian manager Halilhodžić stifled the German’s quick-passing brand of football. German exchanges were cut short in a stellar midfield, led by Getafe CF player Mehdi Lacen, in which the link to the strikeforce and turnovers and counter attacks were provided by Valencia CF player Sofiane Feghouli.

The Algerian midfielder had an excellent championship and was one of the driving forces behind his country’s impressive performance. The ever-reliable Valencia winger made the most of his explosive pace and technique to unsettle his opposition in the final quarter of the pitch. In addition, his endless hard work allowed the African side to keep a clean sheet for 90 minutes, and he provided a source of danger as he attacked the spaces left by the Germans.

Extra time proved too much for the Algerians. Two goals from their opposition, including one from Sami Khedira, who came on towards the end of the match to balance the German midfield, made it 2-0. It had been 120 minutes of hard work, to which Halilhodžić’s men added a touch of tension with a late goal.

The team have said their goodbyes to Brazil, but they did so with a smile on their faces, knowing that they gave their all as they fought for their country. For their part, the Germans can breathe a sigh of relief and start preparations for an enticing clash with France. The French side, who are one of the hot favourites to win the tournament, possess an attractive style of football and have among them Real Madrid CF striker Karim Benzema and defender Raphaël Varane, and Real Sociedad player Antoine Griezmann. It promises to be a thrilling quarter final.