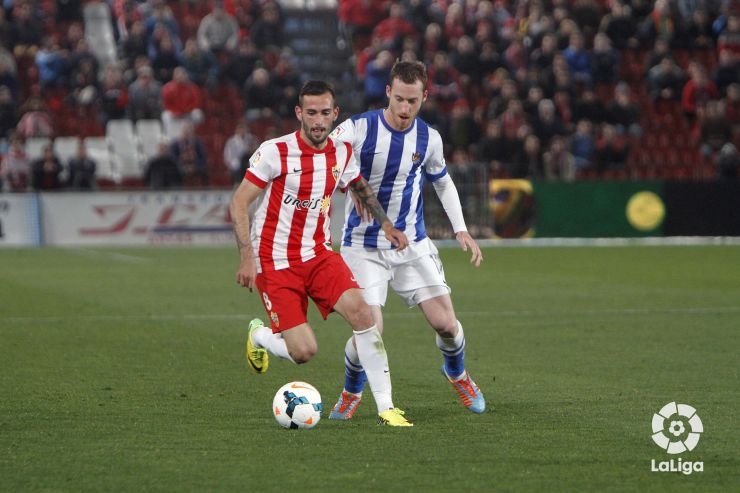 Aleix Vidal, the first to add steel to Sevilla

The midfielder comes to Seville from Almería, where he played 38 matches this season.

After success in the UEFA Europa League and a great season in the Liga BBVA, Sevilla FC has started to bring in reinforcements for next season.

The first new signing is Catalan midfielder Aleix Vidal, who had a superb season at UD Almería and has now signed with Sevilla for the next xx seasons. The midfielder pulled the strings from the centre of the pitch and was a shoo-in starter for Francisco Rodriguez. He also found the net six times in 38 matches.

After passing a medical, Aleix Vidal has signed and new contract and will soon be under the orders of Unai Emery.