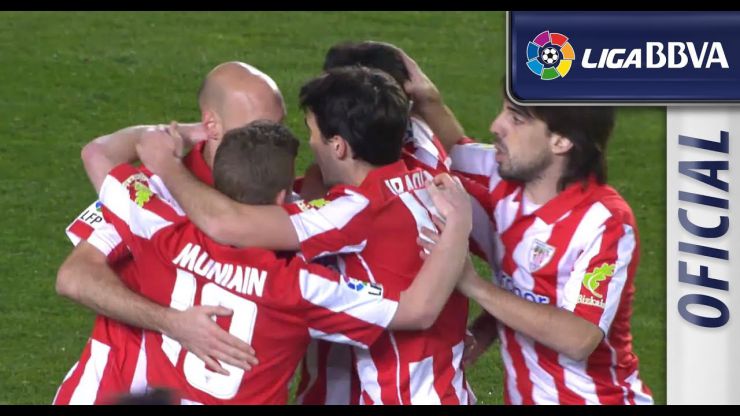 Villarreal took the lead with a goal from Pina but the rojiblanco levelled the match to keep Athletic seven points ahead of the Yellows.

Villarreal CF drew 1-1 against Athletic Club on matchday 28 of the Liga BBVA. The result means that the side from Bilbao, who lie in fourth, maintain their seven-point lead over their opponent and are still six points ahead of Real Sociedad de Fútbol.

The first half was an intense encounter that required hard work in defence from both teams, despite the lack of chances on goal. The best opportunities fell to the home side for Giovani dos Santos, Óliver Torres and from a dangerous cross from Bojan Jokić, all of which were met by a Gorka Iraizoz who managed to keep a clean sheet before the break. In the 40th minute the referee pointed to the spot after a handball from Gabriel Paulista but home keeper Sergio Asenjo guessed right to stop Aritz Aduriz's shot and save his team from conceding the first goal of the evening.

No sooner had the second half got underway than Óliver ended a move with an assist that Tomás Pina fired into the back of the net to put the Yellows ahead. Athletic immediately responded and began their search for an equaliser in El Madrigal, hoping to take advantage of the fact that Gabriel had received his marching orders for a second yellow. Finally, Aduriz headed home a cross from Ander Iturraspe to seal the 1-1 draw.