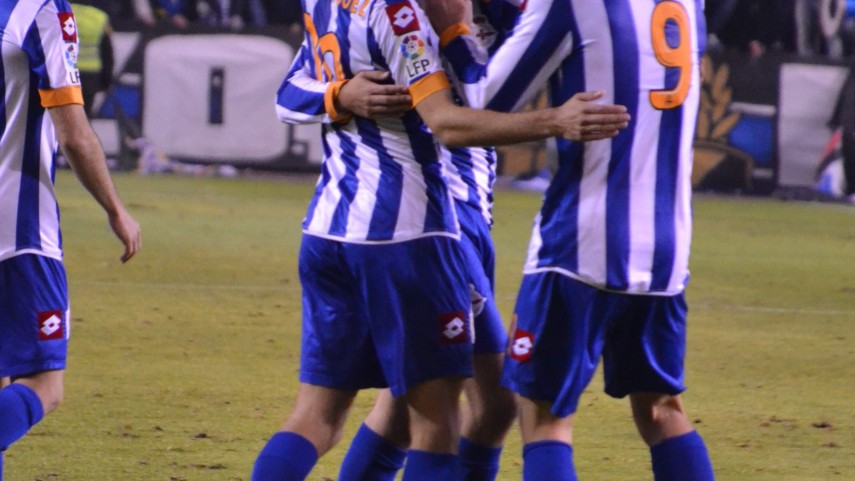 Deportivo say goodbye to 2013 as leaders, while Sporting, Recreativo and Eibar are breathing down their neck. For its part, Alavés has sunk to last place.

Liga Adelante turned its back on the year with a matchday 19 that was not short on excitement and thrilling clashes. The distance between the first and last places has been reduced to 15 points, with RC Deportivo de La Coruña at the top and Deportivo Alavés propping up the table.

The Galician side, however, was unable to take three points on Saturday as it drew 3-3 with CD Numancia in one of the weekend's most exciting games, while the team from Vitoria lost 0-2 in the Basque derby against an SD Eibar who are in fourth position, just three points behind the leaders.

RC Recreativo de Huelva had to give up their second place as they lost 1-3 to UD Las Palmas, who are now in fifth. Real Sporting de Gijón were happy to take the position though, as their 2-2 draw against FC Barcelona B was enough for them to see the year out in an automatic promotion spot.

At the bottom end of the table, Real Madrid Castilla continue to impress with their fourth consecutive win by beating Córdoba CF 3-1, although Manolo Díaz's team are still in the relegation positions with 20 points, while CE Sabadell FC, who beat CD Tenerife 0-3, and Hércules CF, with a 1-3 win away to CD Lugo, were able to escape the danger zone. For their part, neither Javier López nor Carlos Terrazas were able to open their accounts at the helm of Girona FC and CD Mirandés, respectively, with victories. Girona lost 2-0 to RCD Mallorca and the side from Burgos drew 1-1 against AD Alcorcón.