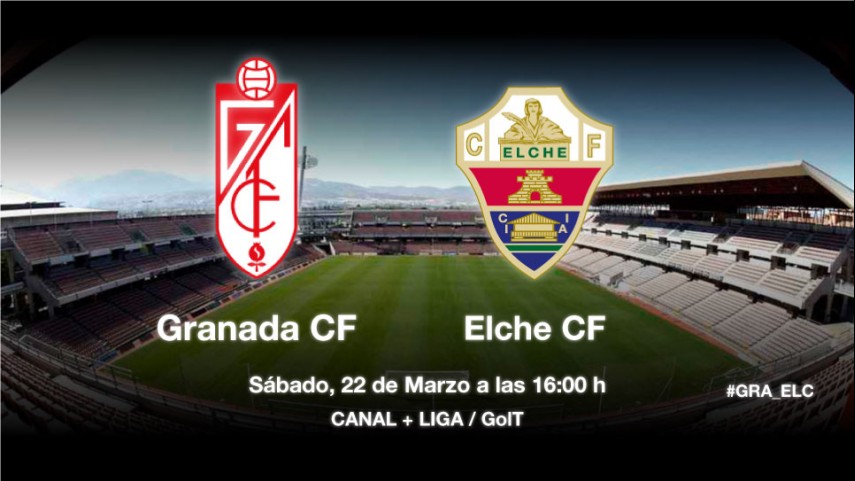 A step closer to safety

Granada and Elche, two teams with extensive injury lists, will both be hoping for a win that would sure up survival for the season.

Granada and Elche meet for matchday 29 of the Liga BBVA for an exciting clash that could ensure permanency in the division. Both sides need a win to put any fears of being relegated to bed and wrap up the season as early as possible.

Granada, who will be without Manuel Iturra, Tiago Ilori and Piti, will be up against a "well organised team that knows how to read games", according to Lucas Alcaraz in his pre-match press conference. As such, the home side has a clear game plan ahead of this clash: "we have to continue with our system and play expansive and attractive football", Alcaraz stated.

Facing them is an Elche side that has never won in Los Cármenes in the Liga BBVA and will be looking to take all three points home in order to put any possibility of being relegated to bed once and for all. "We have gotten things back on track at home and are now looking to do the same on the road", Fran Escribá declared ahead of the encounter.