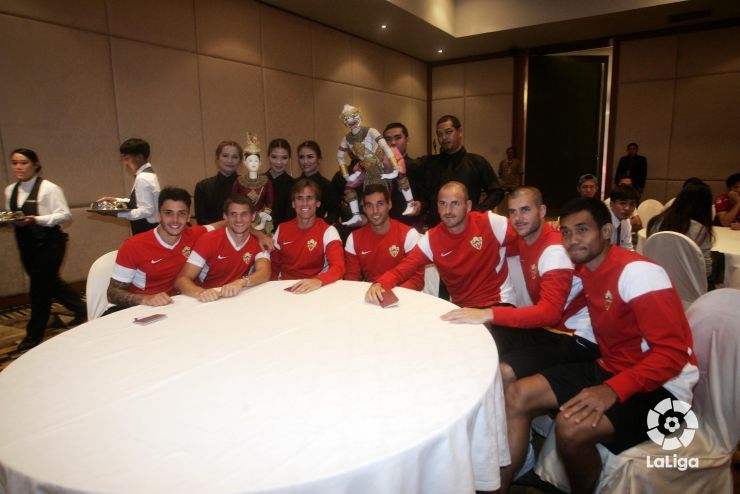 Both clubs showed their satisfaction about the match between the two sides during the official pre-match dinner.

UD Almería and Muangthong United FC had their official dinner on Tuesday to celebrate the upcoming match between the two sides in the SCG Stadium at 14:00 CET. The Andalusian club’s president, Alfonso García, along with members of the board and the Liga de Fútbol Profesional ambassador, Fernando Sanz, attended the event.

In an atmosphere of fraternity, the president of the Thai Football Federation and the Muangthong United chairman, Pongsak Phol-Anan, once again expressed their gratitude for Almería’s visit to Thailand. Meanwhile, Alfonso García said he was "extremely proud to be representing Spanish football in this great Asian country".

Members of the Andalusian squad, as well as their manager, Francisco Rodríguez, were treated to a traditional Thai experience in which there was no shortage of smiles and laughter.

After the meal, representatives from both clubs exchanged gifts and then a group photo was taken with the players, the LFP representatives and the important Thai sports figures in attendance.