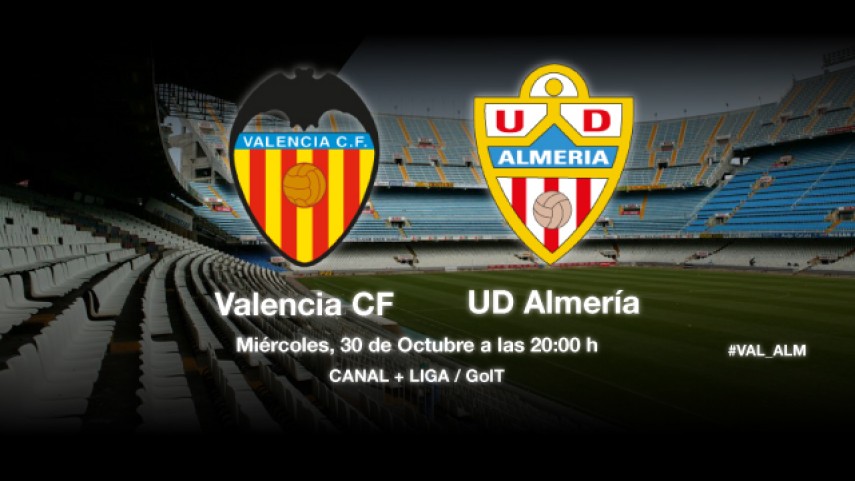 A game of necessities at the Mestalla

Valencia have not won in their last three, which includes two losses on the spin, will host an Almería side still looking for their first win this season in Liga BBVA.

It's a critical match that will be played that the Estadio de Mestalla on Wednesday at 20:00 as Valencia CF host UD Almería.

The encounter, which corresponds with the 11th round of Liga BBVA fixtures, comes as both sides are experiencing difficult times, with recent results going against them. Valencia, who sit in mid-table, have lost their last two games and are looking to put an end to their losing streak. "Almería is a dangerous counter attacking side. We must attack and defend well", said Valencia coach Miroslav Djukić, who will be without the suspended Éver Banega.

Meanwhile Almería are still without a win this season and sit bottom of Liga BBVA with three points. Francisco, manager of the side from Andalusia, hopes to be able to pick Suso, whilst also welcoming back Hernán Pellerano from a ban. "We’re two sides who need to win. We’re going with the objective to get the victory, and that’s how the players feel", he said.